According to the Moroccan TV Al Oula, the National Institute of Geo – physics of the National Centre for Scientific and Technical Research announced that an earthquake measuring 3.8 on the Richter scale was recorded Tuesday in Ifrane province (60 km from Fez).

The same source explained that the center of the earthquake, which occurred about three o’clock pm, was recorded in the small village of Ain Louh in the province of Ifrane.

Thankfully neither casualties nor material damages have been reported so far.

It is the second earthquake that shakes the region of Ifran after the tremor of low magnitude that took place in the cities of Azrou, Ifrane and Imouzzer in the middle atlas mountains on Sunday evening.

It is noteworthy that today’s earthquake recorded in Ain Louh is far lower than the last one of high magnitude that hit on 24 February 2004 the city of Al Houceima, in the north of the country. 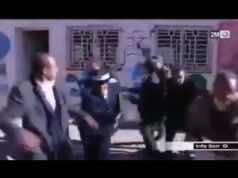