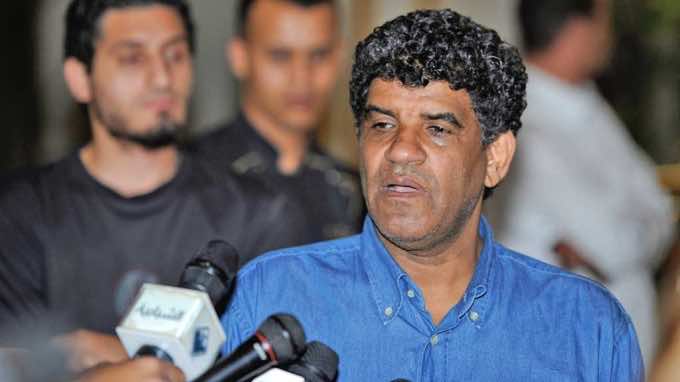 The ex-intelligence chief of ousted Libyan leader Moammer Kadhafi says he has never been formally charged or had access to a lawyer during his eight months so far in jail, Human Rights Watch said Wednesday.

Abdullah Senussi, who has been held since his extradition from Mauritania in September 2012, made the claim during a private interview with the New York-based HRW inside the Tripoli prison where he is being held.

He said he had not been physically abused and that his conditions in custody have been “reasonable,” said a statement by HRW.

“But to achieve true justice, they need to give Senussi the rights that the previous government denied Libyans for so long. To start, that means making sure he can consult a lawyer.”

Justice Minister Salah Marghani was quoted by HRW as saying “Libya is committed to provide a fair trial” for Senussi, who “has the right to a defence lawyer of his choice, like any other person standing trial.”

But no Libyan lawyer had taken on the case, Marghani said, adding that a foreign lawyer with permission to practice in Libya would be allowed to do so.

But HRW insisted that the government “facilitate immediate and ongoing access to a lawyer of Senussi’s choosing, including a government-appointed lawyer if Senussi fails to appoint one on his own.”

Senussi is accused of serious crimes during his many years as Kadhafi’s senior security official, including involvement in the 1996 Abu Salim prison massacre in which roughly 1,200 prisoners were killed.

He is also wanted by the International Criminal Court (ICC) for crimes against humanity for his alleged role in trying to suppress the 2011 uprising that led to Kadhafi’s overthrow and death.

And Senussi was convicted in absentia and sentenced to life in prison in France in 1999 for his part in the 1989 bombing of a passenger jet over Niger.

In February, ICC judges demanded that Libya hand him over to face charges of crimes against humanity.

Libyan authorities filed a request on January 23 to try Senussi in Libya and “we now have eight weeks from that date to complete the file and submit the necessary documentation,” he told AFP.

Senussi fled Libya as the Kadhafi regime fell and told HRW he was arrested in Morocco in March 2012, from which he was sent to Mauritania and eventually back to Libya.