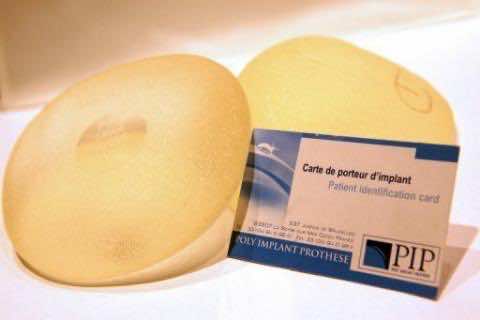 France launched one of its biggest-ever trials on Wednesday as five managers from company PIP faced charges of selling faulty breast implants that sparked a global health scare.

More than 5,000 women registered as plaintiffs in the case, which sees the defendants including PIP founder Jean-Claude Mas charged with aggravated fraud for using industrial-grade silicone in implants.

An estimated 300,000 women in 65 countries are believed to have received the implants, which some health authorities say are twice as likely to rupture as other brands.

The trial, which began around 0930 GMT Wednesday, has been moved to a congress centre in the southern city of Marseille to accommodate the hundreds of plaintiffs and lawyers attending.

The defendants face up to five years in prison and the trial is set to last until May 17.

As the trial began, Mas was booed when he took to the stand to state his name and profession.

He had earlier arrived, accompanied by his lawyer, Yves Haddad, who chided reporters for their treatment of his client, who will turn 74 next month.

“Whatever happened, what you are doing to a 74-year-old man is not dignified,” he said.

Hundreds of women who were given the faulty implants are expected to attend the trial in the 700-seat congress centre hall or three other rooms where more than 800 people will be able to watch video transmissions.

Angela Mauro, a 47-year-old plaintiff, said she hoped the court would treat the women with the same respect accorded other victims of medical malpractice.

“I expect us to be considered as victims and not just as women who wanted implants,” said Mauro, whose implants ruptured twice, requiring her to interrupt work for treatments.

News of the faulty implants in 2011 sparked fears worldwide, but health officials in various countries have said they are not toxic and do not increase the risk of breast cancer. A 10-year case study has been launched in France to determine the long-term effects.

More than 4,000 women have reported ruptures and in France alone 15,000 have had the PIP implants replaced.

Mas, a former travelling salesman who got his start in the medical business by selling pharmaceuticals, founded PIP in 1991 to take advantage of the booming market for cosmetic implants.

He built the company into the third-largest global supplier but came under the spotlight when plastic surgeons began reporting an unusual number of ruptures in his products.

Health authorities later discovered he was saving millions of euros by allegedly using industrial-grade gel in 75 percent of the implants. PIP’s implants were banned and the company eventually liquidated.

PIP had exported more than 80 percent of its implants, with about half going to Latin America, about a third to other countries in western Europe, some 10 percent to eastern Europe and the rest to the Middle East and Asia.

Some of the defendants, including Mas, have also been charged in separate and ongoing manslaughter and financial fraud investigations into the scandal.

The court is to begin Wednesday by studying a number of defence requests for the case to be thrown out, including one on the basis that this trial is going ahead before the other probes into more serious charges have concluded.

Some lawyers for the plaintiffs are also expected to request the case be expanded to include others they claim should be held responsible, such as plastic surgeons, public health authorities and a German safety standards firm that gave the implants the go-ahead.

A court source said the first two days of the trial are expected to be taken up with such requests.