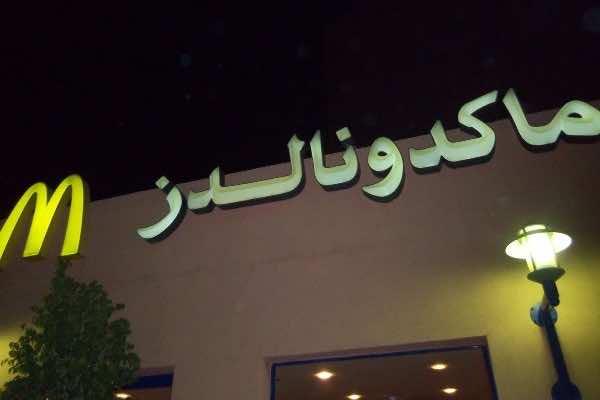 We live in a world where people no longer need to travel in order to discover other people’s cultures and products. This very idea is illustrated by the commodity process. In this regard, one can assume that the world has undergone certain changes so that cultural interaction becomes the abiding law. Because of today’s outside world influence, no culture can claim purity.

Globalization plays an important role in the world transformation process. Case in point, culture travels more rapidly than even the people who share the same culture. The presence and spread of Chinese products around the world is a good example of this. You may not necessarily see many Chinese people in your home city but they are present through their cultural products. This example can also be applied to the American products circulating around the world or any other product that is in the world market and subject to business and commodity process.

What is interesting is that when people consume another culture they do not consume it in the way the indigenous people of the same culture do according to Frederic Anderson’s [1]writings. In fact, there is a re-appropriation of the foreign culture that takes place in order for it to fit or match with the local culture. For instance, it would be an illusion to believe that McDonald’s in America is the same as McDonald’s in Morocco. Therefore, the coinage of signifier and the signified by Stuart Hall are relevant aspects to look at in the world of cultural interaction.

According to Frederic Anderson, “we are living in a new world, a world that does not know how to define itself by what it is, but only by what it has just ceased to be.” This leads us to an examination of the postmodern world where identity becomes a matter of choice. Indeed, in postmodernism, one can be who they want to be and identity is never fixed because what is true today may not be tomorrow. What is more interesting is that the dominant cultural meaning is substituted and replaced by an individual permanent search of meaning and identity in postmodernity.

It is important to note, however, that if globalization creates a world with no identity and that aspires to a global identity then there is no way to define individuals. That is why Mercer K[2]., in her evaluation of the postmodern world, illustrates the notion of identity as being in crisis because according to her, ‘‘if we be who we want to be, we might as well forget who we once were.”

To cut it short, there is no way in which a culture can exist today without the influence of globalization. What one should pay attention to is the meaning they give to the consumed culture after re-appropriating it. In fact, by paying attention to the way in which we perceive other cultures, we will be able to have a better idea about our identity and who we are. That is why it is important to finish this article by asking the rhetorical question: does eating McDonald’s or consuming Chinese products make us American or Chinese?