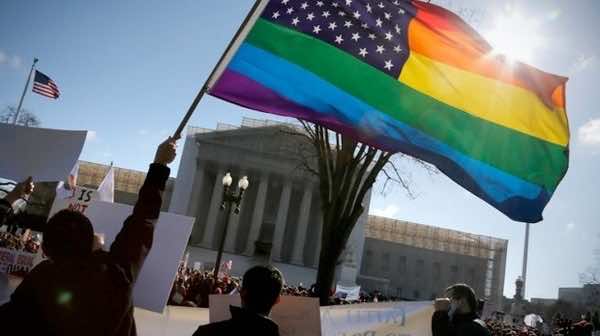 As more states in the U.S. legalize same-sex marriage, it is easy to forget that in many communities, such as the Islamic one, homosexuality is frowned upon.

The U.S. based Washington Post tells the story of Imam Daayiee Abdullah who is seeking to make a change.

The openly gay African-American convert to Islam quietly helps same-sex Muslim couples marry and keep the secret from their families.

“We had to ask all our guests to do a social-media blackout of our wedding. No Facebook, no Twitter no Instagram,” said M.Q., the Muslim partner, “our relatives could be killed, their homes could be destroyed…if our wedding was on the internet.”

The atypical imam is regarded as something of a hero within the local gay Muslim community.

“He has been immensely helpful for individuals who are trying to reconcile our sexuality with our faith,” said Faisal Alam, a Muslim activist formerly based in Washington, in an interview with the Washington Post.

Despite some support, Abdullah has plenty of detractors.

Some local imams “refuse to say Salaam (a greeting) to me,” he says. There is also strong anger prevalent on internet forums. Abdullah has been called “twisted and perverted,” and a champion of ideas “clearly forbidden in Islam.”

The mainstream Islamic viewpoint is that sex should only occur between married couples and couples can only be made up of members of the opposite sex.

“I disagree with Imam Daayiee’s interpretation of the Koran,” said Johari Abdul-Malik, executive committee member of the Council of Muslim Organizations in Greater Washington, in an interview with the Washington Post.

However, he added that all communities need spiritual leadership, “I challenge him to take care of those who follow him,” said Abdul-Malik.

A gay Muslim and his role in society

Abdullah’s first act, when he took up the role of an imam, was to perform the funeral rites for a gay Muslim man who had died of complications brought about by AIDS.

He was the only Muslim leader in the area willing to perform the ceremony.

“There’s really a need here,” he said, “especially among those who have been brutalized for being gay.”

Part of the problem, says Urooj Arshad, a member of the Muslim Alliance for Sexual and Gender Diversity, is that a lot of Abdullah’s target audience have left their faith.

“But he’s our one and only, there’s no one else in the U.S. that does the work that he does,” Arshad said.