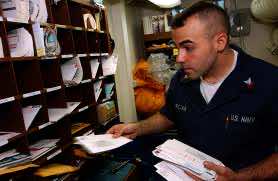 The Pentagon said Thursday a suspicious substance was found in a mailroom at a US naval building outside Washington after letters sent to President Barack Obama and a US senator tested positive for the deadly poison ricin.

“A suspicious substance was found in the mailroom of Building #12 at Naval Support Facility” in Arlington, Virginia, a Washington suburb, and all personnel were evacuated from the building as a precaution, the statement said.