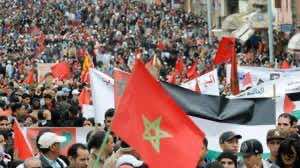 The Moroccan government’s decision to postpone the allocation of 15 billion dirhams for investment purposes is drawing heavy criticism.

Finance Minister Nizar Baraka on Monday (April 15th) assured deputies that the recent budget cuts were necessary due to the deficit and carefully thought through.

He stressed that the decision would have no impact on employment or social measures.

He also said that other measures to encourage private investment would be taken to boost the economy and added that the agricultural season, which is expected to be a good one, would have a big impact on growth.

The government resorted to this measure as a way of dealing with the current situation, Communication Minister Mustapha El Khalfi said.

The aim is to maintain the balance of public finances and to abide by the principles of good governance in the stewardship of public funds, he added.

The opposition was critical of the measure.

The government has no ethical or political right to take decisions unilaterally without consulting parliament, which voted in favour of the plans and budgets, National Rally of Independents (RNI) parliamentary leader Rachid Talbi Alami said.

Professionals and experts drew attention to the issue of employment.

The reduction in the investment budget will inevitably affect employment since public investment projects create jobs, even if they are not profitable at the time when they are carried out, economist Ziati Mustapha explained.

It is essential to consider a new form of public-private partnership in order to kick-start the economy while ensuring that budget cuts do not affect projects that have an impact on development, he added.

Morocco still has some room for manoeuvre in its efforts to tackle the crisis and breathe new life into the labour market, he said.

“We wanted this equilibrium to be maintained by methods that do not involve cutting investments in infrastructure. Such investments provide hundreds of thousands of jobs,” he noted.

Members of the public expressed their concerns how this could affect their daily lives.

The news of the investment budget cut is worrying and suggests that the crisis is hitting Morocco hard, accountant Siham Chabairi said. She also expressed her concern over the possibility of the government resorting to other measures, such as raising food prices.

Law student Merouane Fahmi shared Chabairi’s view, noting that the government has always been in favour of maintaining and expanding public investment in the past, he said.

“Its recent decision proves that the crisis is having a serious impact in 2013,” he said. “Let’s hope that other measures will be taken to bring the crisis to an end and re-launch the economy and hence employment.”

Budget Minister Idriss Azami on Monday told the press that despite the budget cuts, the level of investment seen in 2012 will be maintained in 2013.

He noted that this would not have a detrimental impact on the economy and that the government was preparing other measures intended to kick-start the economy and facilitate investment in order to rekindle growth.