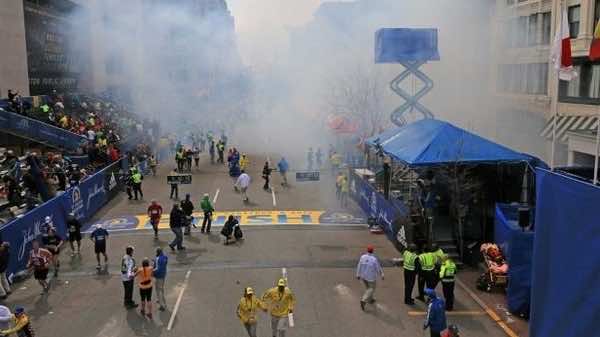 In the days following the dual bombing Monday at the Boston Marathon, U.S. media made grand missteps in their eagerness to be the first on the line to report the culprits in the attack. Even amid efforts among talking heads and news hosts to not appear to rush to judgment about potential involvement of Al Qaeda and/or Muslim suspects, major news outlets made gross miscalculations that hurt innocent people and spread misinformation.

First they flooded the airwaves with news that an injured Saudi student was a suspect and hyped this possibility. Law-abiding Moroccans were the next victims of knee-jerk journalism. The New York Post wrote Thursday morning that two Moroccans were being searched by the FBI after being identified as “persons of interest.” Contrary to apparent hope this can be pinned on Arabs, no Moroccan is involved in the Boston tragedy, The New York Times and Huffington Post reported.

On Wednesday, CNN’s John King dramatically embarrassed himself and the network by suggesting that the first suspect seen in the Lord & Taylor video was “dark-skinned” but that he would exercise judgment and not reveal “more” potentially inflammatory or offensiv 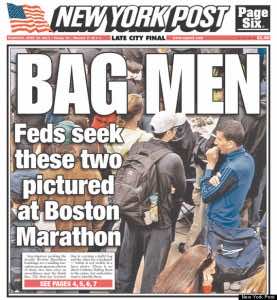 e details about the person’s appearance. Then came his baseless reporting that the FBI had made an arrest, based on one weak source that demanded anonymity. Such amateur moves from an experienced journalist and established network are unforgivable and perpetuate stereotypes about “dark-skinned” people.

“American media are not immune against unprofessional and greedy fights for scoops and website visitors that generate income,” said Moroccan American IT consultant Yassine Elkaryani of New Jersey. “The New York Post, who was behind the picture of the two Moroccans, is only an example.”

“Guilt by association is henceforth the lot of brown people in this country,” said Mohamed El Mokhtar, a Mauritanian political commentator and social analyst. “We are all suspect and thus potentially guilty of anything simply by virtue of our conspicuous ethnicity and/or presumed creed until proven innocent. This de facto 21 first century Jim Crow is a bitter reality for millions of people.”

Judy Muller, a former network news correspondent who teaches journalism at the University of Southern California, wrote in an e-mail, “I fear we have permanently entered the Age of the Retraction. All the lessons of the past, from Richard Jewell to NPR’s announcement of the death of Gabby Giffords to CNN’s erroneous report on the Supreme Court Ruling on ObamaCare, fail to inform the present. The rush to be first has so thoroughly swallowed up the principle of being right and first that it seems a little egg on the face is now deemed worth the risk,” reported the New York Times.

Perhaps U.S. media could simply follow the lead of FBI and law enforcement and not provide information to the public unless it’s certain and until people are officially suspects. In this day of 24-hour news feeds, no news should be no news.