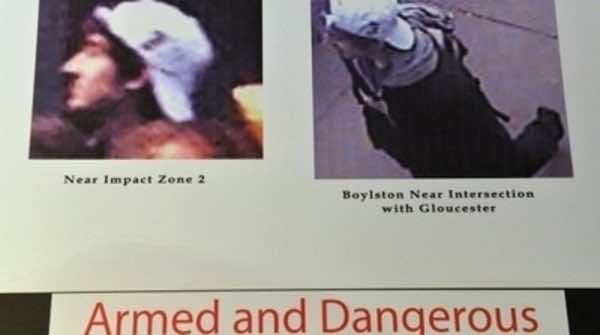 A Moroccan teenager said late Thursday that he is scared for his life after his photo was released by The Federal Bureau of Investigation (FBI) as one of the two suspects involved in the Boston’s bombings.

The Associated Press reported one of the two suspects, 17-year-old high school track runner Salah Eddin Barhoum, was very disappointed to see his photo as a suspect circulating Facebook, which led him to visit the police early Thursday to clear his name.

Barhoum said he was at the marathon with his friend Yassine Zaime, who was portrayed as the second suspect, hoping to run a portion of the Boston Marathon behind the official field, but ended up at the wrong address, where the finishing line was and decided to stay and watch the end of the race.

Barhoum’s father, El Houssein Barhoum, who moved his family from Morocco five years ago, said he is worried his son will be shot and fears for his wife and two young daughters. He said he can’t go to his job as a baker in Boston.

Men with bags at the marathon have been a focus of Internet scrutiny, because officials believe that’s how the bombers carried in the explosives.

Barhoum told The Associated Press that he is fearful from walking in public and on Thursday he ran back to the high school after a track meet when he saw a man in a car staring at him, talking into a phone. He said he won’t feel safe until the bombers are caught.

The media reported later Thursday that the pair weren’t considered suspects, and the FBI has since identified two other men as suspects in Monday’s bombings that exploded in the crowded streets near the finish line, killing three people and injuring more than 180.

Early Thursday the FBI asked for public help in identifying the suspects and said the men were both armed and dangerous.
“Someone out there knows these individuals,” FBI Special Agent Richard DesLauriers said at a news conference.

Earlier today, Barack Obama, the U.S. president said those behind the blasts will be held “accountable”, adding the U.S. will not “cower in fear”.

The incident raised alarms that terrorists might have struck again in the United.