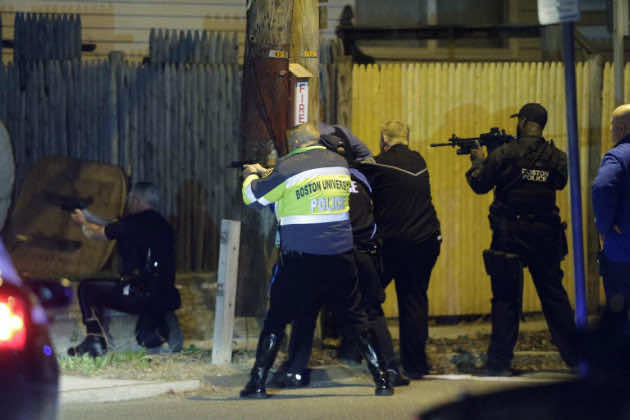 Police captured one of the Boston marathon bombing suspects early Friday but were still chasing a second suspect in a manhunt in which gunfire and explosions were heard, the Boston Globe reported.

The suspect was caught in Watertown near the US city of Boston after a chase which started with the killing of a police officer at the elite Massachusetts Institute of Technology, the newspaper reported.