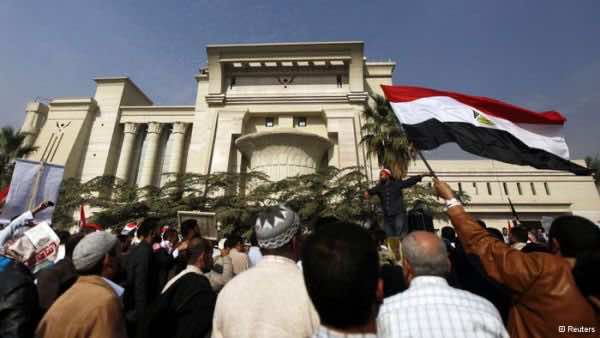 Several thousand Egyptian Islamists rallied for an overhaul of the judiciary on Friday, after a court challenged a decision by Islamist President Mohamed Morsi to sack the veteran state prosecutor.

Morsi’s Muslim Brotherhood movement had called the demonstration outsidethe Supreme Court in central Cairo to demand reform of the judiciary, which has repeatedly challenged Morsi since he took office last June.
“The people demand the cleaning up of the judiciary,” the protesters chanted.

Morsi’s supporters say many judges are Mubarak-era appointees who remain hostile to them despite their subsequent election victories.