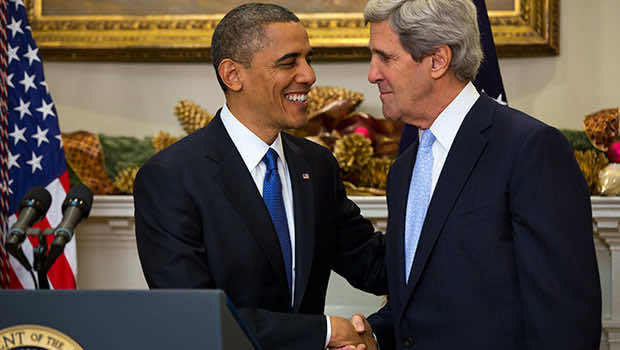 New York – On April 8th the United Nations Secretary General made public his annual report on the situation in the Sahara. While many find the report balanced, others are of the view that it makes a formal recommendation on the need to monitor human rights both in the Sahara and the Polisario-run Tindouf camps in southeastern Algeria. This recommendation might lead to the establishment of a mechanism for that purpose.

“Given ongoing reports of human rights violations, the need for independent, impartial, comprehensive and sustained monitoring of the human rights situation in both Western Sahara and the camps becomes ever pressing,” says Ban Ki-moon in paragraph 116 of the report.

Given the context in which the report was issued following an aggressive public relations campaign conducted by some non-governmental organizations supportive of the Polisario, such as the Rober F. Kennedy Human right organizations, some diplomats and experts suggest there is a push by the US administration to urge the UN Security Council to include a human rights monitoring mechanism in the mandate of the MINURSO.

In the event this speculation proves to be right, an hypothesis that seems to be more likely, the US administration will be both doing a disservice to its efforts to promote stability in the Maghreb and the Sahel regions and failing to play and neutral, constructive and balanced role in the conflict.

Plus this likelihood would show that although the US decision-makers are cognizant of the dangers looming over the region, due to an unprecedented increase of insecurity, terrorism and drug trafficking, they fail to come up with the right solution to address it and fight over the short, medium and long terms.

Need to enhance trust between the conflicting parties

American decision-makers should be more realistic, effective and action-oriented with the view to finding the way forward if they were to play a prominent role in bridging the gap between Morocco on the one  hand, Algeria and the Polisario on the other hand, and broker a mutually acceptable and long-lasting solution to the Sahara conflict.

Bridging the gap means proposing steps that are more likely to contribute to building trust and confidence between Moroccan officials, the Polisario leaders and Algeria. Yet any initiative in this regard should preclude any step that might jeopardize this confidence-building process and annihilate the chances of putting an end to this long-festering conflict.

In his report, the UN chief stressed the necessity that a rapprochement be made between Morocco and Algeria in order to “reinforce the Arab Maghreb Union”, which he considers a “key element” in overcoming the current instability that threatens the future of the region. He also makes it clear that an improvement in the relation between the two countries would help “enhance trust between the parties and provide a context conducive to a solution” for the conflict.

Yet many analysts and experts emphasize that the major hindrance to turning the dream of the Grand Maghreb into reality are the conflicting positions of Morocco and Algeria regarding the Sahara issue. To overcome this obstacle and pave the way for a solution to the Sahara conflict takes an enormous effort of confidence building between the official of the two countries. Previous instances have proven that all efforts in this regard were aborted, mainly because of the negative impact of the Sahara on the atmosphere of the relations between Rabat and Algiers.

Bearing in mind that the issue of human rights has become highly politicized, establishing a human rights monitoring system in the Sahara will not serve the purpose of building confidence between Morocco on the one hand and Algeria and the Polisario on the other hand. Nor will it serve the purpose of improving the relation between the two countries and promoting stability and integration in the region.

Moreover, from a political standpoint, in addition to being counterproductive, this move would shift the American administration away from the positive neutrality it has been playing for decades regarding this conflict and make it look like taking side for a party at the expense of the other.

If the US administration were to take such a stance and the establishment of human rights mechanism were the prerequisite for reaching a solution to the conflict, one should wonder why the burden is put only on Morocco. However imperfect its record of human rights maybe, Morocco is neither Myanmar, nor it is South Sudan, the Democratic Republic of the Congo, Chad or Zimbabwe. A number of reports, including those issued by the United Nations acknowledge the progress made by Morocco in this respect. And pushing for the monitoring of human rights in the Sahara conveys the wrong signal by the international community to the Moroccan authorities, in that it does not recognize its efforts in this regard.

Why no pressure is being made on Algeria to allow the UNHCR to conduct a census of the population of the Tindouf camps? Why no pressure is brought to bear on Algeria and the Polisario to allow the population living in the Tindouf camps to move freely within the camps and inside the Algerian territory as a whole, in a blatant violation of the Geneva convention on refugees. Why the issues of Polisario opponents such as Mustapha Salma Ouled Sidi Mouloud and the artist Alall Najema, and the embezzlement of humanitarian aid destined for the population living in the camps are overlooked?

It is undeniable that there occur some violations of human rights in the Sahara, as in any parts of the world. However, bearing in mind that Morocco is a bourgeoning democracy and the high politicization of the conflict, such unfortunate occurrences might take place in some instances. Moreover, while Algeria refuses to allow UN bodies to conduct a census in the camps or discuss in private with its inhabitants, Morocco allows any UN body or human rights watchdogs to enter the territory and interact with inhabitants.

That being said, neither the establishment of a human rights monitoring system in the Sahara or in the Tindouf camps, nor a move to push Algeria to conduct a census in the camps or allow its inhabitants to move freely would pave the way towards finding a mutually acceptable solution to the conflict. These demands are made by both parties in order to weaken the credibility of the other and garner wider international support to their respective positions.

Yet what a broker such as the United States should do is not going down this path. It should rather show more creativity and push the conflicting parties to find a middle ground that would contribute to smoothing the way towards putting an end to the conflict.

There is a need to reinvigorate the stalled negotiations. The importance of doing so has become even greater with the dangerous and destabilizing challenges facing the Maghreb and the Sahel, chief among which is the spread of criminal and terrorist activities.

The challenges facing Mali must serve as a wakeup call to world leaders that this region needs more than ever the attention and the commitment of the international community. The lack of state-authority because of the long standing dispute, and the miserable conditions of the approximate 80,000 people who live in almost total seclusion in the Tindouf camps, leaves the territory and population vulnerable to the terrorist and criminal networks that operate across the region. This was on display in October 2011 when three humanitarian aid workers were kidnapped inside the Polisario run camps by the Al Qaeda in the Islamic Maghreb (AQMI).

It is not to the benefit of anyone to see the conflict last for more years. Hence, the need to find a common ground that would allow both parties, Morocco and the Polisario, to reach a solution that would safeguard their respective interests.

As the latest report of the Potomac Institute puts it “settling the Western Sahara dispute will provide momentum for greater regional integration in North Africa, which would facilitate increased links between the Maghreb and the Sahel.”

In this regard, instead of listening to the advices of biased reports on human rights, the United States should use its leverage at the Security Council to push for the adoption of an approach that recognizes the reality on the ground and offers a viable solution. However imperfect the Moroccan Autonomy plan may be, it is in line with international law and the principles of self-determination. It constitutes a basis for reaching a final solution to the conflict, as it offers a middle ground between independence and integration within the Moroccan state.

Some argue that Morocco does not respect human rights. However, Morocco is an Arab country that has received high praise for the democratic advances it has undertaken over the past year and a half. The changes that have been occurring give confidence that Morocco is on a positive track, and that there is a greater commitment to respecting human rights, and the government would respect any autonomy arrangement for self-determination.

At this juncture, what the region of the Sahel and North Africa does not need is a failed and non-viable state that would eventually fall prey to criminal and terrorist organizations. This case of South Sudan should serve a lesson for US decision-makers that the establishment of new non-viable and fragile states out of nowhere is not conducive to stability, nor does it yield the results expected by the population.

What this region needs is the existence of strong states that are likely to preserve the stability of the region thus preserving the interests of its allies, chief of which is the United States. As a well-established state, Morocco would not only offer the Saharawi population the right to run their own affairs, but also preserve security in the region.