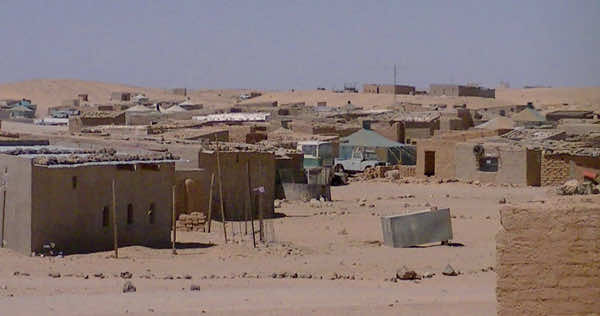 Morocco’s steadfast opposition to US-backed plans to broaden the mandate of UN peacekeepers in the disputed Western Sahara to human rights monitoring threatens to sour relations with key ally Washington.

Rabat on Monday described the proposal as an attempt to “deform” the mandate of the two-decade-old peacekeeping force, and has launched a frantic lobbying campaign in defense of the kingdom’s sovereignty over the Sahara.

Government supporters have called a protest march to the US embassy on Sunday, after a shrill campaign in the pro-government press all week. UN sources say Washington has drafted a resolution that will propose adding “monitoring and reporting on human rights” to its responsibilities.

The US embassy admitted on Friday that there had been some negative fallout on relations but played down its extent.

“Certainly this is a bump in the road. But I think Morocco will remain a strong ally and a partner,” embassy spokesman Rodney Ford told AFP.

In the clearest sign yet of its displeasure, Morocco cancelled annual war games with the US military, which had been due to take place throughout April and involve 1,400 US and 900 Moroccan military personnel.

He stopped short of naming the United States but warned the plan would have “harmful consequences for the stability of the region.”

A delegation led by palace adviser and former foreign minister Tayeb Fassi Fihri has been dispatched abroad to solicit the support of key players, including Russia.

The Moroccan government renewed on Thursday firm rejection to any modification of the mandate of the UN Sahara mission (MINURSO).

The spokesman added that Morocco is betting that the UN Security Council member-states will be wise enough to prevent any decision to modify the MINURSO mandate, owing to the adverse and negative consequences that this will have on stability in the region, particularly as security and terrorist threats in the Sahel and Sahara region are surging.

This week, nine Moroccan organizations expressed opposition to a role for the UN force, insisting human rights in the former Spanish colony “has always been at the centre of our attention.”

Commenting on the recent tension between Rabat and Washington, the International Crisis Group’s North Africa director, Bill Lawrence, was quoted as saying that it was unlikely the spat would have a lasting impact on historically close ties between Washington and Rabat, despite Morocco being “very upset.”

“The strategic relationship will probably trump this kerfuffle. But some things have changed. Certainly human rights is growing in importance, both domestically in Morocco and internationally,” he was quoted by AFP as saying.