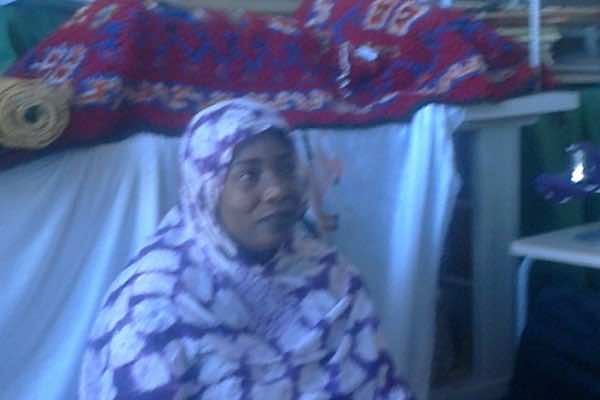 In the Sahara, women are considered as the queens of the tents. They have the power and the liberty to control and rule their domestic affairs and to lead their families as they please. They are well respected and esteemed by their tribes.

When life is no longer bearable between a couple, divorce is regarded as the best solution. The Sahrawis respect the choice of the wife and her husband, but they insist upon leaving each other with love, goodness and respect, as they first met. The divorced couple keeps the connection between their parents, their families and their children even after divorce.

After the divorce, the father continues to visit his children and his ex-wife, engaging in friendly conversation without reviving old wounds. He even maintains the same respect and friendship with her family and relatives.

The Sahrawi community values the divorced wife to the extent of considering her more beautiful and more attractive than a virgin. In fact the dowry that is given to a divorced lady is sometimes more expensive than the dowry given to a girl who has never been married. Moreover, men in the Sahara compete to marry and to fall in love with a divorced lady. She is not belittled or treated as an inferior lady as is the case in some other regions of Morocco.

In the Sahara, a man never dares to beat, mistreat, shout at or fight with his wife. A real man is the one who respects and treats his wife properly, with all the respect that she deserves. The members of the tribe feel ashamed if one of their men mistreats his wife and consider him as a source of shame and disrespect for his family and his tribe.

When living together is no longer possible and when all attempts to reconcile and rebuild the ties of love, communication, and understanding fail, the families and the tribe vote for divorce, as this option is as natural and as religious as marriage itself. Both actions are deemed Halal.

Women in the Sahara are heard and valued rulers of their tents and homes.  They are called “the owners of the tents” to mean that they are the ones who rule their home affairs as they like. Some sociologists describe this society as a matriarchal society where women rule and dominate.

“This is a special status that a special culture gives to women. When men mistreat our wives, we, knowingly and unknowingly, mistreat our mothers, daughters and sisters. When we do so, we, consciously or unconsciously, mistreat our tribes and our cultures. This is one of the main values Sahrawi culture teaches its children,” said El Galya, a feminist activist from Trafaya in the south of Morocco.