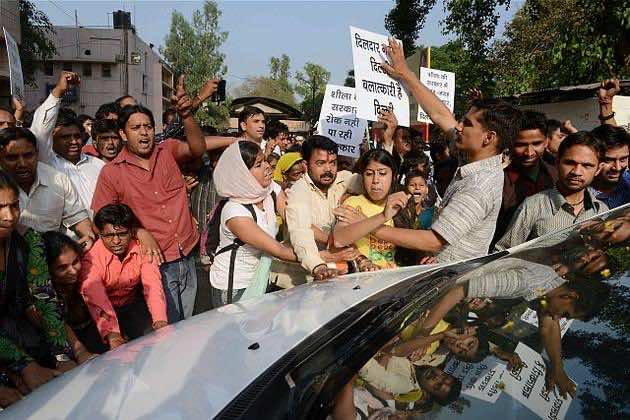 A five-year-old Indian girl who was abducted, repeatedly raped and tortured in New Delhi was on Saturday alert and in a stable condition but may need surgery, her doctors said.

The girl was being treated at the state-run All India Institute of Medical Sciences for serious internal injuries sustained during the ordeal.

A 22-year-old man was arrested earlier Saturday on suspicion of carrying out the 40-hour attack, police said, after he had fled to his in-law’s home in eastern India.

“She is conscious and alert,” D.K. Sharma, one of a team of doctors treating her at India’s premier government hospital, said in a medical bulletin.

“Now her condition is okay and she is under close observation,” he said, adding she is “quite stable and her (health) parameters are within control”.

But the physician said the child may have to undergo “definitive and corrective” surgery to recover from the attack, which has provoked two days of demonstrations in New Delhi demanding better safety for women and children.

Police arrested suspect Manoj Kumar in Bihar state after he left New Delhi to his in-law’s home in a village 70 kilometres (43 miles) from local capital Patna.

Police accused the garment factory worker of repeatedly attacking the child inside a locked room after kidnapping her Monday in a lower-middle class area of the New Delhi.

The alleged attack comes four months after the gang-rape and death of a young female student shook India and sparked weeks of demonstrations against widespread crimes against women and children.