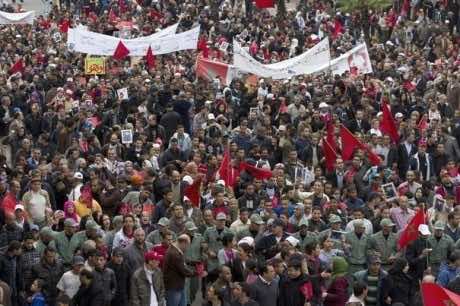 Following the United States’ decision to present a draft resolution to the Security Council to expand the MINURSO’s mandate in the Sahara, Moroccans from all corners of the nations have engaged in varying manifestations of protests against such proposal. A great number of Moroccans posted videos on YouTube, and engaged in discussions in social media and news outlets, where the denounce the “interference of outsiders in Moroccan domestic affairs.”

If voted next week, the draft resolution, which has not been circulated to all members of the Security Council, would allow the MINURSO to monitor human rights in the Sahara, a move that has been strongly opposed by the Moroccan government. 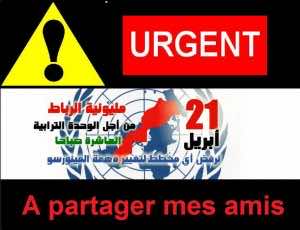 This online initiative is titled “A March on April 21 to Defend the Moroccan Sahara.”

This initiative has been described as a march for “dignity and integrity,” and has set as a goal the “rejection of any maneuvers seeking to intervene in the affairs of Moroccan territorial integrity.”

This initiative consider the U.S. proposal “a political maneuver via which it aspires to intervene in Moroccan territorial affairs,” wrote the online newspaper Nichan.

The Facebook initiative comes as a call to all Moroccans to take to the street in a national march throughout Morocco to prove the “unshakable” national unity against what they identify as “the desperate maneuvers aimed at stirring confusion and chaos in Morocco.”

The same Facebook page displays a number of images, statements and videos in memory of the different national marches that Moroccans embarked on throughout history, from the memorable “Green March” carried out under the leadership of the late king Hassan II, to march organized in 2010 as a protest against the attempts some Spanish parties to challenge Morocco’s sovereignty of the Sahara.

The initiators of the April 21 National March Initiative expect the participation of “millions” of Moroccans from different corners of the country.