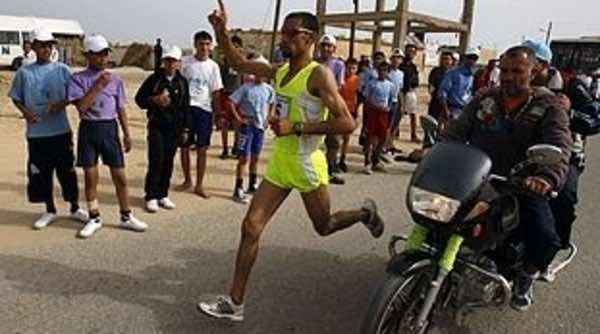 Israel refuses to grant Palestinian runners from the Gaza Strip permits to participate in the West Bank’s first marathon on Sunday, BBC reported.

Israeli military officials say the runners coming from the besieged strip “do not meet the criteria required to leave Gaza,” the BBC said.

Some 22 runners, including former Olympian Gazan runner Nadar al-Masri, were hoping to make it to the contest in Bethlehem.

Race organizers and the Palestinian Olympic Committee have asked Israeli authorities to allow the athletes “but have not received a reply,” the website said.

“The Israelis should look at this purely as a sporting event. It has nothing to do with politics,” Samia al-Wazir, the spokeswoman for the Palestinian Olympic Committee, said, according to the BBC.

“This is an event in the West Bank and every Palestinian, not just athletes, should have the right to attend.”