Tiznit, Morocco - Tiznit territory covers an area of 8200 km². It is bordered to the north by Ait Baha, Guelmime in the south, Taroudant in the east and the Atlantic Ocean in the west. 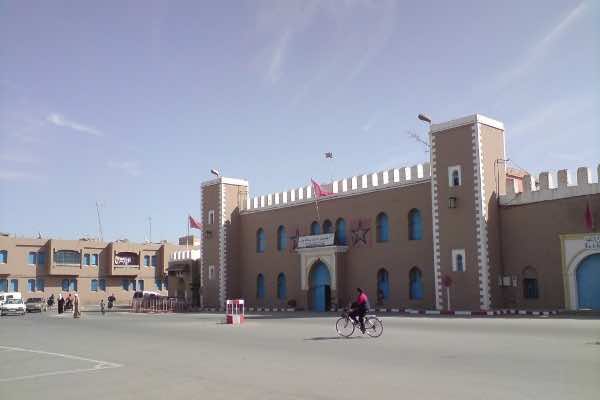 Tiznit, Morocco – Tiznit territory covers an area of 8200 km². It is bordered to the north by Ait Baha, Guelmime in the south, Taroudant in the east and the Atlantic Ocean in the west.

The province of Tiznit is part of west side area of the Anti-Atlas. Tiznit, some 80 km south of Agadir, is a strategic crossroads between the mountains and the Tafraoute region, the Atlantic coast and the great Moroccan Sahara.

Historically speaking, Tiznit was the starting point of the famous dynasty of Almoravides who came to rule Morocco from Madrasa El Ouaggaguia in Aglou (a coastal village 14 Km from Tiznit). The history of the city is also linked to the particular importance the Sultans Alawites granted to the city. Sultan Moulay Hassan I visited Tiznit twice, the first time in 1882 and the second time in 1886.

Among the monuments that characterize the city of Tiznit are Khalifa Palace, El Méchouar Place and the Grand Mosque. The old Medina of Tiznit is enclosed by a wall of five historic gates: Bab Aglou, Bab el Khemis, Bab Targa, Bab el Maader and Bab Oulad Jerrar. All of these gates are of Alawite tradition and strongly resemble those of the city of Essaouira.

Tiznit is the place of manufacture of the finest jewels of the South of Morocco. There are daggers, horse saddles, Fantasia rifles, anklets, pendants that women attach to their chests or foreheads all decorated with semi-precious stones and enamels.

What distinguishes the city of Tiznit is its dynamic civil society. There are more than 200 associations working in a number of areas, particularly development, education, culture, philanthropy, sport, and music; a fact which makes the city the center of a remarkable cultural radiation in the south of Morocco.

The city council of Tiznit is highly hailed by people for the efforts it invests to keep the city a tourist attraction. When you see the municipal workers collecting cigarettes tabs in a back street it means that the local authorities are doing their job perfectly.