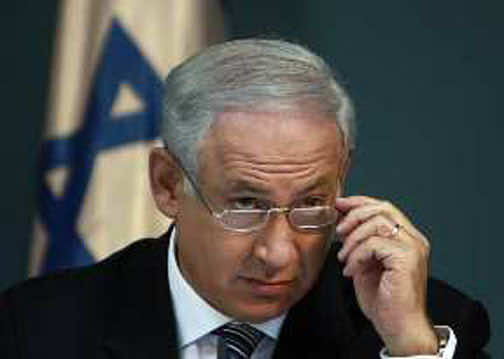 Israeli Prime Minister Benjamin Netanyahu on Sunday vowed Israel would “exact a price” from the Gaza militants who recently fired missiles from Sinai at the southern resort city of Eilat.

“Last week missiles were fired from Sinai at Eilat,” Netanyahu said at the start of his weekly cabinet meeting shortly before the arrival of US Defence Secretary Chuck Hagel for a three-day visit.

“Those who fired them are apparently a terror squad that departed Gaza and used the territory of Sinai to attack an Israeli city.”

“We will not accept this and we will exact a price this has been our consistent policy the past four years and it will serve us in this case as well,” he said in remarks relayed by his bureau.

On Wednesday, militants fired two rockets from Egypt’s Sinai Peninsula at Eilat which hit inside the city but caused no casualties.

The attack was claimed by a Gaza-based Salafi group called the Mujahedeen Shura Council, which has in recent months fired rockets from Gaza into Israel.

The security situation in Sinai was likely to be one of the topics raised in Netanyahu’s talks with Hagel when the two meet on Tuesday, press reports said.

Eilat has been hit by intermittent rocket fire from Sinai over the past few years. The last attack was in August 2012 when militants from another Salafist group called Ansar Beit al-Maqdis fired two rockets at the city without causing injuries.

Since the ouster of former Egyptian president Hosni Mubarak in February 2011, Israel’s border with Sinai has seen multiple security incidents, with militants using the lawless peninsula to stage attacks on the Jewish state.

There has also been an uptick in rocket fire from Gaza in the last two months, with several attacks claimed by Salafist militants.

Israel police said another rocket hit southern Israel overnight without causing casualties or damage. There was no immediate claim of responsibility.

Until the end of February, the Israel-Gaza border was completely quiet after an Egyptian-brokered truce ended eight days of deadly fighting between Israel and militants from Gaza’s ruling Hamas movement.

For the most part, Israel has responded with restraint, staging only one night of air strikes on Gaza on April 3, which caused no injuries.

Palestinians Unite in Day of Protest Against Israeli Normalization Deals

Capitalism and Empty Symbolism: The New Era of Israeli-Arab Relations