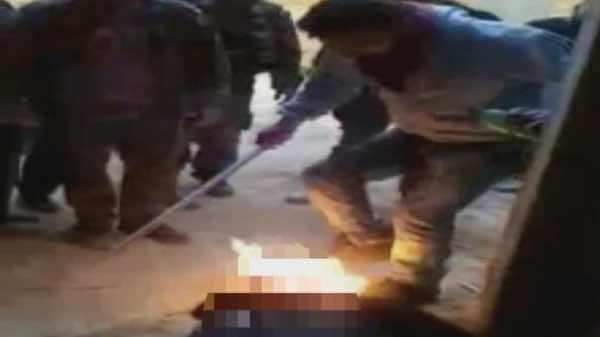 The video shows one of the abusers setting on fire one of the victim’s faces.

According to the Syrian Media Center, the video was found on a cell phone belonging to a fighter of the Assad government.

The men – some of whom are wearing Syrian army uniforms – were beating with long sticks two people, who were handcuffed and who – the report said – were civilians.

At least 70,000 people have been killed in the Syrian conflict, which has entered its third year. There have been ongoing clashes between Syrian rebels and Assad forces amid reports of “massacres” in various cities and towns.