Morocco World News
Home Highlights on Morocco Boston bombing: Moroccan says he was accused because of his skin color 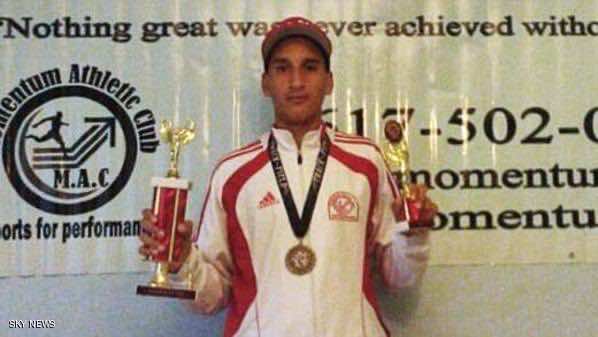 Salah al-Din Barhoum, a 17-year old Moroccan student residing in Boston was suspected of being involved in the explosions at the Boston Marathon merely because he was carrying a bag prior to the occurrence and also because virtue of his skin color, he was quoted as saying by Sky News Arabia.

Salah al-Din said, “I am worrying about my safety now that my picture is still circulating on the web as one of the suspects in the bombing.”

Salah’s picture also appeared on the front page of the American newspaper, the New York Post.

Salah testified that he was attending the Boston Marathon accompanied by his friend Yassine Zaem, where they were watching from the finish line, wearing baseball caps and carrying two bags.

Later on after the explosions, Salah and Yasssine found their pictures circulating on the web as two suspects who might be involved in the explosions.

The New York Post published their pictures under the headline “Bags Men,” and claimed that FBI was searching for them.

The New York Post’s publication of Salah and his friend’s pictures ignited activity on social networks, especially on Twitter where their pictures circulated claiming them as urgently “wanted.”

Salah said that he “was shocked at the piles of messages I received from people who held me accountable for the Boston explosions.”

“How could you do that? Haven’t you thought about the repercussions?” said Salah about a message he was sent by an individual from Oregon.

After such abrupt and unexpected allegations, Salah was terrified. He even stated having run to school when he saw a man pointing at him in the street.

The next day, the New York Post affirmed the innocence of Salah and his friend.

However, Salah stated that the “damage was already done” and that “people still hold me responsible for the explosions.”

Salah’s father said that he moved from Morocco to Boston five years ago. He also said that he is now acutely worried for his son’s safety, fearing that the life of his son, and even that of his wife and two daughters, might be at stake now.

“We are no longer safe now!” he said, according to Sky News Arabia.

Salah is a student at River High School in Boston. He is also an athlete and practices several other sports.

According to Salah, the bag he was carrying during the Marathon only contained running shoes and a sport suit. Salah was intending to take part in the Marthon unofficially.