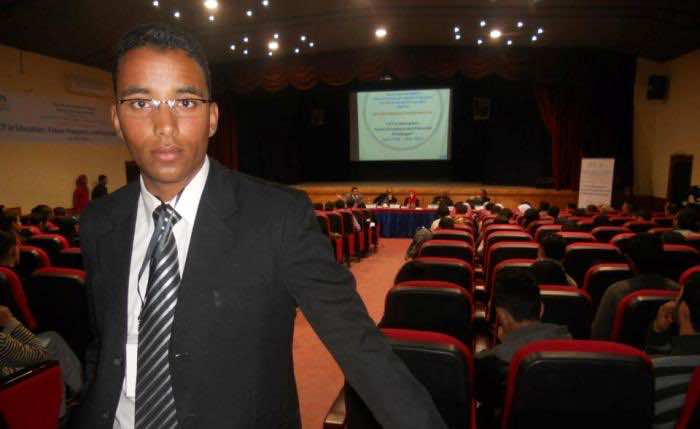 My attention has been directed to this issue on a short visit to the Souk (a traditional market) in Rissani. It was day-time and full of tourists from around the world, and I was moving from one place to another, when I suddenly saw a very disgusting scene: a nearly naked female tourist walking in the crowded Souk. She was very happy and spontaneous, but at the same time she was the subject of people’s eyes with everyone wondering, “how dare her?”

When I saw her, I remembered the many lectures I had about cultural awareness that assert the importance of taking into consideration and respecting someone else’s culture, especially for travelers. There is a huge and rich literature about the notion of “cultural awareness” that all share the idea that communication is vulnerable to the impact of culture. Several remarks about this literature is that it’s biased toward western culture, it is always directed to third world people in order to inform them about west, implying the importance of respecting this rule when communicating with a western person or traveling to a western country. Ironically, however, the majority of tourists (westerners) do not respect this notion that was born in the western world (cultural awareness). They come to our country violating all the norms and principles.

This article, actually, is an attempt to approach the notion of cultural awareness from the angle of the Arab person. The main objective is to reveal the paradox between western writings and western acts, and also talk about some of the norms that should be respected when visiting Morocco. A first good step might be defining cultural awareness:

Definitions of cultural awareness vary greatly, however the following definition I have selected for various reasons:

Cultural awareness is the ability to look outside of ourselves and be aware of the cultural values, and customs of the culture we are in. What may be normal and acceptable to us, may be unusual or unacceptable in another culture. When we are traveling, or around people from a different culture, we need to be aware of their beliefs, customs, and respect them. (ask.com)

Among these cultural aspects is the dichotomy of high/low touch culture. Westerners are depicted as low touch people. They do not like to be touched or kissed on the cheek, unlike Arab people who might hug each other as a sign of having missing one-another. The message, hence, is never touch or hug a westerner, you might be perceived as a homosexual.

Secondly, when meeting a westerner, you should not ask him or her about their husband or wife or private life in general, which is not the case for us. In our discourse, it is very normal and typical to ask about the children and wife. A third aspect is nonverbal communication. A lot of gestures might have a totally contrary meaning through culture.

Now the question is, if we all agree that there are major differences between the eastern and western culture, and agreement that we (easterners) should respect these differences when communicating with westerners, do westerners respect our culture when contacting us or coming to our countries?

As an answer I shall go back to the example mentioned earlier. Some (not all) tourists come with provocative clothes neglecting all the criteria of dress here. Another group of tourist disregards norms of public affection and you find them kissing and hugging in public places. Additionally, the majority of tourists bring cameras with them and constantly take pictures of individuals and groups without permission.

Some of my respondents, moreover, find it disrespectful for tourists to eat during Ramadan when visiting Islamic countries. A counter opinion may reject this idea and say that tourists are not Muslims so why should they abide by the Islamic religion? An answer might be it is the western culture that has adopted the principle, “when in Rome do as the Romans.” Thus, they should respect this principle.

Last but not least, in a recent videotaped investigation about child sexual abuse in Morocco, a shocking image about tourists was revealed. Some tourists (no generalization being made) come to our country seeking sexual satisfaction. Admittedly, they are not to be blamed alone, because their Moroccan partners weren’t forced to be them. Still, tourists are totally responsible for providing the temptation, etc.

I have to admit that some of these behaviors are practiced by Moroccans too. I’m not saying that we are innocent angels. Nowadays, a lot of abnormal acts become so normal, that you are never surprised if you see a Moroccan girl wearing overly provocative clothes, nor surprised if you see wine shops and bars here and there, nor surprised if you hear a Moroccan talking about having sex before marriage etc. But the question is what are the reasons for this change? In addition to the globalization of mass media and pop culture, I strongly believe that tourists play a role. They are the messengers of their culture, and they do that very well by transmitting it to our countries without modifications.

At the end, I have to mention that this article is not about intolerance towards tourists. It is just a request for them not to fully abide by our culture and traditions, but at least to take into consideration that traveling to another country means moving to another place with different culture and perspectives, hence a few modifications are highly needed. It’s a demand for them to adopt their own idea of “cultural awareness,” and be culturally competent.