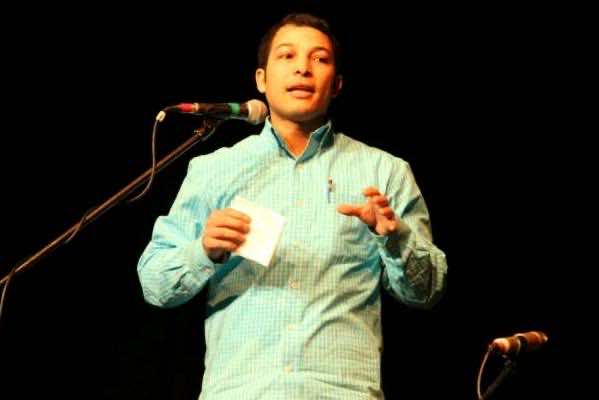 Plenty of information about Non-Governmental Organization (NGO) management and leadership has been published throughout the past few years. Reading about this, it becomes impossible for me not to think about Morocco, and Moroccan NGOs in particular. The thoughts I am going to share in this article are a result of my humble experiences as both a follower (or member) and as a leader of Moroccan NGOs. I believe much effort has been put toward the promotion of Moroccan NGOs; however, certain flawed practices still prevent the much needed successful development and improvement of Moroccan NGOs.

As I have previously stated in an article of mine entitled “Isn’t It Time for that Long-Awaited Change in Moroccan Education?”, Morocco is in dire need of change in certain people’s mindsets and attitude in the work culture. In his book entitled “The Six Secrets of Change”, Michael Fullan (2008) delineated interesting instances of leadership techniques typical of Toyota leaders, illustrating their positive expectations about and attitudes toward their employees’ performance, in which a mistake at work is deemed a learning opportunity, and little, if any, blame is put on the workers. In fact, setting high expectations while maintaining a positive attitude encourages the workers [followers] to take risks, practice their skills, experience novel learning opportunities, and thus grow professionally. All these are at the heart of any successful leadership in business and civil society.

Critical and successful change in Moroccan NGOs is further predicated upon the view the leader has of his supporting officers and NGO members, as well as the ability to delegate responsibility and trust in the members’ ability to contribute to the organization’s development without monopolizing leadership. To clarify my point further, consider the following quote: “Because of the desirability of exercising total control is itself a half-truth, effective leaders must learn when and how to get out of the way, and let others make contributions” (Fullan, 2008, p. 118). Many public officials and NGO managers follow top-down approaches to extreme degrees, thereby impeding the chances for (professional) development and shrinking the capacity-building opportunities for employees (followers), and the organization as a whole.

Additionally, one’s attitude is of pivotal importance and great impact on the position in leadership, a position which has to be adapted to the goals of the organization. Whereas the view held by the majority of people is that a leader should always be in the front line, it is imperative for leaders to delegate leadership in preparation for others to step up. This is part of capacity-building that is a must for any organization’s success. I would rather see Moroccan leaders assume active roles through the planning and designing of activities and functions. Such a process required leaders to deliberately step back and let organization members take the lead on the execution of said projects.

An attitude promoting members to rise up and assume leadership roles from time to time does not compromise the standing of the leader whatsoever. Rather, it creates a situation in which members can effectively contribute to the productivity and success of the organization. Personally, I implemented this deliberate self-placement during my second term as President of the International Student Association (ISA) at Boise State University in Idaho. The experience of this leadership role has given me a sense of pride and appreciation of the type of leadership I experienced (described above), which allowed me, while stepping back, to delegate and supervise the responsibilities of the organization’s members without the kind of interference that may have hindered their learning.

Humility and erudition are momentous qualities for effective NGO leaders. Remaining humble despite one’s position boosts the confidence and trust of the NGO followers; the latter may therefore take their leader as a role model. As Fullan (2008) noted, leaders ought not to be too certain of themselves. Rather, they need “an attitude of wisdom and a healthy dose of modesty” (p. 118).  I cannot emphasize enough how one’s attitude toward personal growth can lead to erudition and developing general awareness.

In an era when globalization is the norm and the world is portrayed as a small village, it is no longer an option to know what is happening in other parts of the globe. Rather, it is imperative that leaders are aware of global issues and opportunities. With respect to international challenges, such as socioeconomic gaps between the rich and poor within and between countries, as well as the economic crisis as a whole, the leader’s expertise comes to surface. Not only should a leader be familiar with and up-to-date on recent events worldwide, but he or she should also be knowledgeable enough to be able to infer potential future outcomes based on current incidents/affairs that may be of importance and direct or indirect impact on his or her organization.

A common proverb states that “Man is the style”; however, I feel this statement to be incomplete without the addition of “Leader is the attitude.” Attitude is everything, the quintessential ingredient in any organization. It is the leader’s attitude toward others (NGO officers and members), as well as his/her humility and erudition that determine the NGO’s course toward success or failure. Attitude strongly affects the way leaders interact with one another and with their followers, and how others (bystanders) may perceive the NGO leaders and hence, the NGO as a whole. It is their attitude that makes leaders accept their lot in hard times. Attitude is contagious; therefore, maintaining a positive attitude is an absolute requirement for the prosperity of NGOs in my dear home country of Morocco. In Maya Angelou’s words, “If you don’t like something, change it. If you can’t change it, change your attitude.”