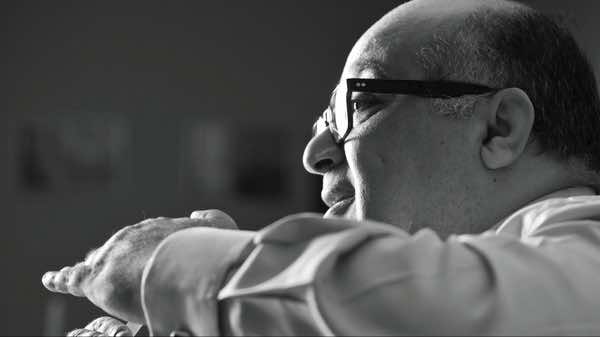 The combined wealth of the ten richest Arabs in the UK now exceeds $17.5 billion, according to an annual ranking by the Sunday Times.

The Saudi Arabian business mogul Mohammed Bin Issa al-Jaber, who made his fortune in the hotels, restaurants and food industries, was ranked 15th as a new entrant on the newspaper’s annual Rich List.

The Jeddah-born al-Jaber, the top-ranking Arab on the list, amassed a fortune estimated at $6.8 billion as the founder of MBI International & Partners.

His empire includes JJW Hotels and Resorts, the Scotsman hotel in Edinburgh and Vienna’s Grand Hotel. Al-Jaber describes himself on his website as a “self-made Saudi entrepreneur and philanthropist.”

The Sunday Times list was not confined to UK citizens, but involved non-English UK residents, the newspaper said.

There were at least 11 people of Arab descent or who were born in the Middle East and North Africa on the 1000-strong Rich List.

Mahdi al-Tajir, the UAE’s former ambassador to Britain, was the second highest-ranking Arab name on the list, at 44th place with an estimated fortune of $2.5 billion. Al-Tahir was also named as Scotland’s richest man. His wealth was amassed from businesses in oil, metals, property, transport, industry, and the famous Highland Spring bottled water.

Mohammed al-Fayed, the Egyptian business magnate, was ranked 67th on the Sunday Times list, with a net worth estimated at $1.7 billion. He is owner of the luxury online retailer Cocosa, Hotel Ritz Paris, as well as the English Premier Football team Fulham football club. He famously sold Harrods to the Qataris for £1.5bn, pocketing at least £900m from the 2010 deal. al-Fayed is known to be outspoken, not least after the death of his son Dodi al-Fayed, who died with Princess Diana in 1997.

Other Arab figures are Syrian-born Ayman Asfari, current CEO Petrofac, who ranked 69th on the list and is worth $1.7 billion, followed by Syrian-born Wafic Said, founder of Said Holdings Limited, an investment holding company.

Nadhim Auchi’s, a UK businessman of Iraqi origins, who is the founder and chairman of General Mediterranean Holding, was ranked 89th with a net worth of $1.5 billion.

Others on the list include Mohammed ‘Mo’ Ibrahim, Lebanese-born Marlon Abela, and Iraqi-born Nemir Kirdar.