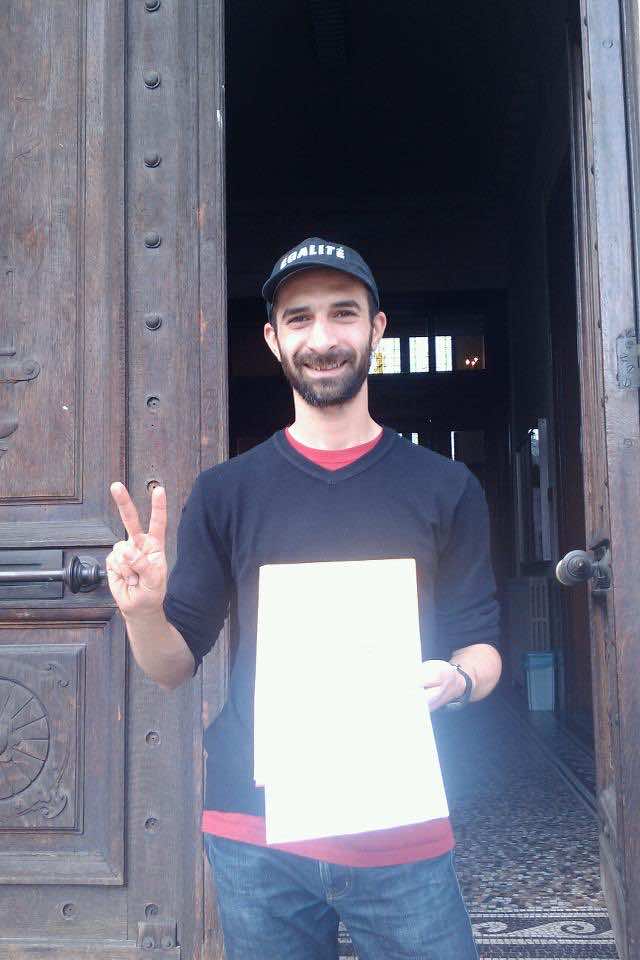 Nordine Saidi is a Moroccan immigrant in Belgium. In 2009, Norddine was the subject of racist treatment by a police officer after he was arrested following his participation in BDS (Boycott Israel). He writes in Equality Movement website that in the presence of several police officers, Mr. Condijts told him: “Bougnoule!  If you do not like it here, go back to your own country. Attach a belt around your belly and go explode in your country.”As if that were not enough, the police officer added more coarse and racist abuse: “You, Arabs have a dick instead of the brain.”

After being stripped of his jacket and his shoes, Mr. Condijts appointed to the main direction of the toilet and said: “For prayer, it is there.”

Four years after his claim for “racism and police brutality,” the court quenched Nordine Saidi’s thirst for justice. On Monday, April 22, 2013, the court sentenced the police officer Condijts to eight months imprisonment with four suspended years and to pay court costs, as well as a symbolic compensation of one euro to Nordine for his racist remarks against the spokesman of Equality party in 2009 and for violence against a police officer of immigrant origin in 2010.

In a statement released Monday, April 22, the Centre for Equal Opportunities and the Fight against Racism welcomed the court’s verdict. “With this conviction, the court sent a strong signal,” said Edward Delruelle, French director of the Center. Indeed, violence and racism against immigrants, usually Arabs are recurring. According to Mr. Delruelle it is “unacceptable, especially from police officers who should serve as an example in our society.”