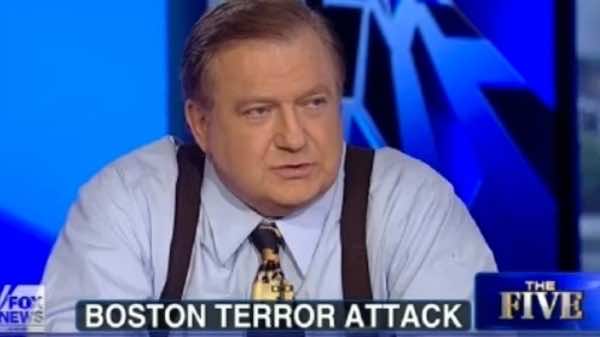 A media pundit from Fox News has said “we should keep any more Muslims from studying” in the United States because “so many people hate us [Americans],” in his show aired on Monday evening.

“The Five,” a regular segment on the news channel, this week featured show host Robert ‘Bob’ Beckel branding Muslim communities around the world as anti-American.

“We know now. There has been enough research done. The bottom line: In the Muslim communities around the world, they do not like us. They recruit people from poor areas and they try to turn them into terrorists,” he asserted.

Further to the statement, Beckel claimed that American authorities should stem the influx of Muslim students from around the world.

“We’re going to have to cut off Muslim students from coming into this country for some period of time, so we can at least absorb what we’ve got, look at what we’ve got, and decide whether some of the people here should be gone, sent back home or sent to prison.”

The statements came after it was revealed that the two suspects in last week’s Boston bombings are Muslim brothers of Chechen origin.

Tamerlan and Dzhokhar Tsarnaev allegedly carried out the attack which killed three people.

Beckel has made several comments over the years that have not been well received by international media outlets and commentators.

In December of 2010, with reference to Julian Assange, Beckel stated; “This guy’s a traitor, he’s treasonous, and he has broken every law of the United States. And I’m not for the death penalty, so… there’s only one way to do it- illegally shoot [him],” according to the Huffington Post.

In August of 2012 Beckel referred to Jewish Americans, who had participated in an American fundraiser in Israel, as “a bunch of diamond merchants we don’t know the names of,” reportedly offending some Jews in the U.S., according to the Algemeiner Journal, a New York-based weekly newspaper.

Fox News is no stranger to strongly worded comments regarding the incident in Boston.

Erik Rush, a regular on Fox News, called for all Muslims to be killed in a ‘sarcastic’ tweet made in response to the Boston  bombings.

The tweet drew a flood of responses from Twitter users, many of them expressing shock and anger. Rush responded to many of his critics with a series of profane responses.