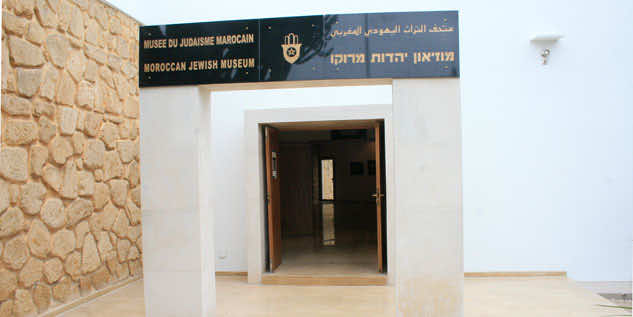 The Museum of Moroccan Judaism, one of the only institutions of its kind in the Arab world, was reopened earlier this month in Casablanca after months of renovations.

According to lnt.ma, the re-opening ceremony was attended by some Moroccan ministers, the museum’s president Jaques Toledano and Samuel Kaplan, the outgoing U.S. ambassador to Morocco and the former president of the Minneapolis Jewish Federation in addition to well-known Moroccan Jews and artists.

The Museum of Moroccan Judaism of Casablanca is a private museum of history and ethnography, which is open to the public for free for students and children on Wednesday. Adult willing to visit the museum during the other days of the week have to pay a contribution of 20 dirhams or 30 dirhams if accompanied with a guide .

Created by the Jewish Community of Casablanca in 1997 with the support of the Foundation of Jewish-Moroccan Cultural Heritage, the museum now is equipped with international safety standards. It hosts national and international collections.

The Museum of Moroccan Judaism is designed to collect and display all objects of worship, or ethnographic art that recall the history, religion, traditions and daily life of Jews in the Moroccan civilization.