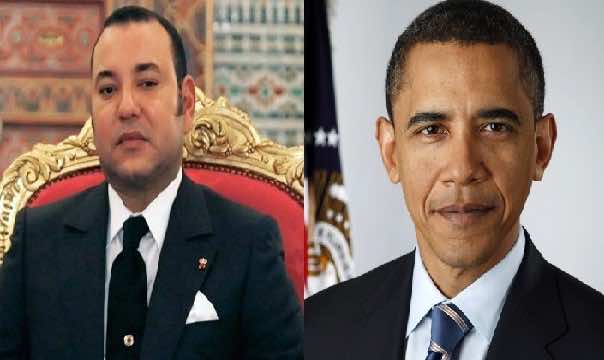 The efforts made by the Moroccan diplomacy at the highest have finally paid off, and just two days before the adoption by the Security Council of a new resolution on the MINURSO, the US decided to withdraw its proposal on the establishment of a human rights monitoring mechanism in the Sahara.

In addition to the efforts exerted by Moroccan diplomats, another factor that played a key role was the phone call between the US President Barack Obama and Moroccan King Mohammed VI.

According to some news reports, the two heads of state held consultations on the substance of the draft resolution proposed by the United States and on means to further reinforce the relations between the two countries.

Since the announcement by Washington of its intention to propose a draft resolution to establish a mechanism of human rights in the Sahara, Morocco expressed its total rejection of such a step, and intensified its diplomatic campaign in order to lobby for the withdrawal of the American proposal.

France, Russia, and Spain all members of the Group of Friend of the Secretary General on the Sahara showed their opposition to the establishment of such a human rights monitoring mechanism.

On Sunday Spanish Foreign Minister José Manuel García-Margallo said that Spain expects “a new U.S. resolution” to renew the mandate of the UN mission in the Sahara and “could get the consensus” of the members of the Group of Friends of the Sahara.

He went on to say that the new U.S. proposal “has not been accepted by two members of this group,” which “makes it difficult to adopt, knowing that the rule in the group is consensus.”

Over the past years the UN Security Council and the General Assembly ensured to adopt its resolutions on the question of the Sahara with consensus with the aim to push the parties to the conflict to engage in a genuine process of negotiations leading towards reaching a long-lasting a mutually acceptable solution for the conflict.

In his annual report on the “Situation concerning Western Sahara”, the United Nations Secretary General, Ban Ki-moon, called on the parties to move beyond their stern positions and pave the way towards finding a solution to the conflict.

Moreover, Ban makes it clear that no party can expect to obtain the totality of its demands, hence, the need that the two parties, Morocco and the Polisario, “move beyond presenting and defending their respective proposals.”

“Each party must accept that neither will obtain the totality of its demands, but rather has to engage in a logic of give and take”, said the report in a direct message to the parties to show more flexibility and realism in the negotiation process.

The Council is scheduled to adopt a new resolution on the Sahara on Thursday.