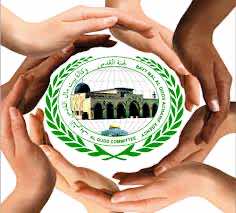 A meeting held Tuesday in Rabat by Bayt Mal Al Quds agency, an affiliate body of the Organization of the Islamic Conference, called for setting up a mechanism to coordinate all efforts geared to supporting Al Quds, in keeping with resolutions adopted by Arab and Islamic summits.

The meeting, themed “which approach to protect Al Quds and support the resistance of its population”, brought together several political, religious and civil organizations and institutions from Al Quds.

Participants urged for joining efforts by national and international organizations to support and guarantee the dignity of Al Quds population, underlining the importance of the media in this field.

The meeting called for preserving the Arab identity of the holy sites and confront attempts meant to obliterate the Arab and Islamic features of the city, while expressing gratefulness to HM King Mohammed VI, chairman of Al Quds committee, for his tireless efforts and appropriate measures to preserve the religious and cultural features of the city, as well as the crucial role played by the Palestinian leadership.

Field actions undertaken by Bayt Mal Al Quds Agency, under the direct supervision of HM King Mohammed VI, were hailed by the participants who praised the approach adopted by the Agency which consults with local bodies before defining strategies to support Al Quds population.

The Rabat-based Bayt Mal Al Qods Acharif Agency was set up in 1998 at the initiative of the late HM King Hassan II, then Chairman of the Al Quds Committee. It is a non profit-seeking Islamic-Arab institution that seeks to establish and preserve the Islamic and Arab rights over the sacred city of Al Qods and to help its people remain steadfast on their land.