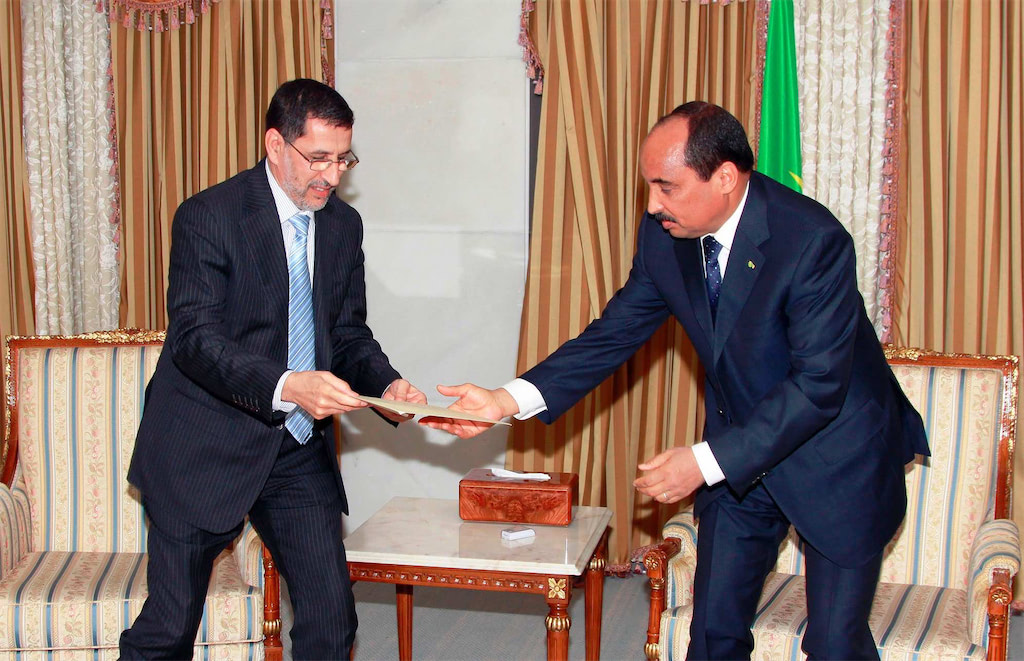 The 7th session of the Moroccan-Mauritanian high commission opened Wednesday morning in Nouakchott, under the co-chairmanship of the two countries’ heads of government, Abdelilah Benkirane, and Moulay Ould Mohamed Laghdaf.

The Moroccan delegation to the meeting comprises minister of foreign affairs and cooperation, Saad Dine El Otmani, minister of equipment and transport, Aziz Rabbah, minister of energy, mining, water and environment, Fouad Douiri, minister of employment and vocational training, Abdelouad Souhail, and minister of youth and sports, Mohammed Ouzzine, in addition to businessmen and business operators .

In addition to sessions between the two governments’ officials, the session features meetings between businessmen who will explore investments opportunities and establish joint ventures.

Several conventions are expected to be signed between the two countries in the fields of transport, energy and mining, higher education, scientific research, vocational training, employment, sustainable development, culture, youth and promotion of women’s situation.