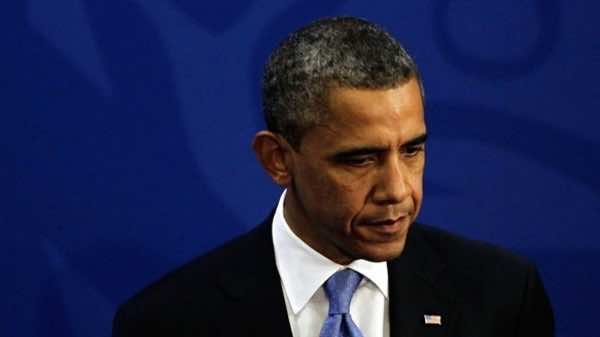 Growing speculation that the Syrian regime is using chemical weapons is turning up the heat on President Barack Obama, who has warned such a move would be a game changer.

The U.S. administration, both in public and in private, says it has not concluded that such arms – of which President Bashar al-Assad’s regime has a large stockpile – have been employed in the bloody civil war.

But “it’s important that we do whatever we can to monitor, investigate and verify any credible allegations, given the enormous consequences for the Syrian people and given the President’s clear statement that chemical weapons use is unacceptable,” White House spokesman Jay Carney said Tuesday.

On March 20, during a historic visit to Israel, Obama said the use of such weapons would be a “grave and tragic” mistake on Assad’s behalf and that it would be a “game changer.”

Washington has also warned that any use or transfer of chemical weapons would cross a “red line” and possibly trigger military action.

Despite clear warnings against the use of chemical weapons, Washington has not affirmed their use in Syria.

Defense Secretary Chuck Hagel said on Wednesday the U.S.’s effort to determine whether Syria has used chemical weapons is a “serious business” that cannot be decided in a rush just because several countries believe evidence supports that conclusion.

“Suspicions are one thing, evidence is another,” Hagel told reporters as he wrapped up a visit to Egypt that included talks about Syria and other regional issues.

Recent statements from U.S. allies, however, seem to suggest such arms – illegal under international law – may already have been unleashed.

“To the best of our professional understanding, the [Assad] regime has made use of deadly chemical weapons against the rebels in a number of incidents in the last few months,” Brun told a security conference in Tel Aviv.

His comments come on the heels of similar assessments reported to the United Nations by France and Britain last month.

“The British and French submitted a letter to the U.N. Secretary General on March 21st to ‘bring attention to recent allegations from various sources that chemical weapons have been used in Syria,’” a senior administration official told AFP.

Speaking on condition of anonymity, the official added that the use of chemical weapons in an environment like Syria was very difficult to confirm.

“Given the stakes involved, low confidence assessments by foreign governments cannot be the basis for U.S. action,” the official said.