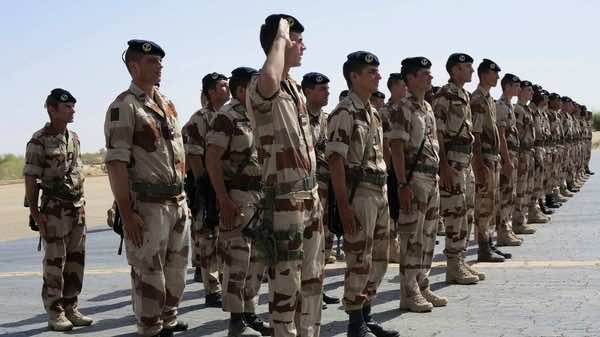 The U.N. Security Council is set to adopt a resolution Thursday creating a peacekeeping mission in Mali, to take over from French and African forces in the conflict-torn north.

The force would be deployed July 1, for an initial period of 12 months, pending a Security Council ruling that the conflict has eased enough to allow the deployment.

Over the next 60 days, the council will decide if there has been a “cessation of major combat operations by international military forces” and “a significant reduction in the capacity of terrorist forces to pose a major threat” in order for the U.N. to launch its mission.

If not, the deployment will be delayed.

Mali’s army launched a coup in March, 2012 which unleashed the chaos that allowed Tuareg rebels and their erstwhile Islamist allies to take over the northern third of the country and impose brutal Islamic rule.

French troops entered Mali in January after the government appealed for help to halt an advance by Islamist fighters on the capital.

French and Chadian forces drove the militants out of cities in northern Mali but now face a guerrilla campaign.

The operation presents “a challenge” for the U.N., emphasized one diplomat. “It is unusual to launch a peacekeeping mission before there is a peace to keep.”

In a report in which he proposed the creation of the force, U.N. chief Ban Ki-moon noted the mission in Mali would face “significant threats,” including “terrorist groups and tactics, the proliferation of weapons, improvised explosive devices, unexploded ordnance and landmines.”

The U.N. resolution authorizes France to intervene if the U.N. troops are “under imminent and serious threat and at the demand” of U.N. chief Ban Ki-moon.

The French government has said it will keep around 1,000 troops in Mali, drawing down from the 3,850 currently on the ground by the end of the year. At its peak, the French deployment reached nearly 4,500 soldiers. France also has troops at bases in Senegal, Ivory Coast and Chad.

The proposed U.N. Multidimensional Integrated Stabilization Mission in Mali, to be known by its French acronym MINUSMA, would have a maximum of 11,200 soldiers and 1,440 police, “including reserve battalions capable of deploying rapidly within the country as and when required.”

The core of the force will come from African troops already in the country: around 6,300 soldiers currently, from some 10 ECOWAS countries and Chad deployed in the capital Bamako and the north.

Its mission will not include fighting “terrorist forces,” but will be “to stabilize the key population centers, especially in the north” and “to prevent the return of armed elements to those areas,” according to the resolution.

The peacekeepers will help to retrain Malian security forces and will also play a key role in political efforts to rebuild the enfeebled Malian state.

They will help Malian transitional authorities organize “inclusive, free, fair and transparent” presidential and legislative elections and help start “an inclusive national dialogue and reconciliation process.” A special representative for Mali will be named to direct the mission.

The U.N. will have to help overcome deep mistrust between the Bamako government and Tuareg and Arab minorities. The international community is also concerned about the lingering influence of the Mali coup leaders over the transitional government.

It will take months for MINUSMA to reach full strength, explained another diplomat: the number should be around 6,000 troops on July 1 and increase as the French contingent draws down.

Around 150 French soldiers will participate in MINUSMA, including commanding officers. According to one expert, the mission is expected to cost several hundred million dollars a year at full strength.