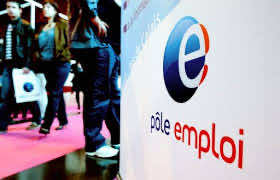 The number of unemployed jobseekers in France surged by 36,900 in March to hit 3.224 million, beating a record set in 1997, the labour ministry said on Thursday.

The previous unemployment record in France, the eurozone’s second-largest economy, was in January 1997 when there were 3.195 million jobseekers.

March was the 23rd consecutive month of rising unemployment, as Socialist President Francois Hollande struggles to revive a stagnant economy that is threatened with recession.

The rising joblessness is posing a major challenge to Hollande, who has pledged to curb the unemployment rate to a single-digit figure by December.

The ministry did not provide a current unemployment rate, but said it was at 10.2 percent at the end of 2012 and remained below the 10.8 percent record set in 1997.

When the partially employed and jobseekers in France’s overseas territories are included, the figure for March rises to above 5 million.

The number of long-term unemployed — those out of work for a year or more — also hit a historic high in March of 1.89 million.

The labour ministry said in a statement that rising unemployment is a “heavy trend that our country must reverse,” but noted that France’s working population had risen by about 3 million people since the record was last set in 1997.

It said efforts undertaken by the government in recent months would soon start having an effect and reduce unemployment.

“All the levers of the employment policy… are now operational,” it said, pointing to a series of measures such as subsidies to hire under-25s, incentives to keep people from retiring and employment tax credits.