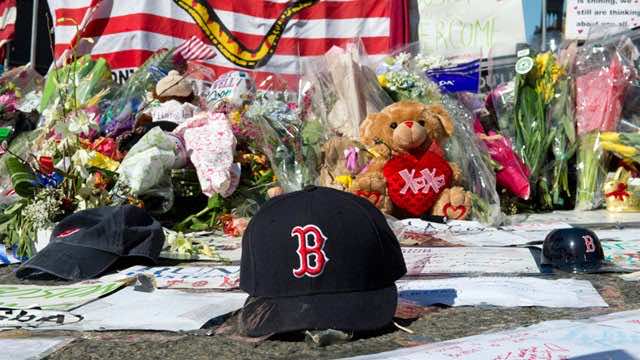 Every time an act of terror is attributed to a Muslim, the debate about Islam, Muslim history, culture and relationship with the west or the non-Muslim world becomes dominant in our academic circles, homes and the media. Muslims argue that the action of a few cannot be used to judge their community, while many non-Muslims view all Muslims as potential terrorists.

Both are right to a certain degree. If someone commits an act of terror in the name of a faith or an ideology, however twisted their logic may be, what is the guarantee that others belonging to that ideology or faith would not follow the same behavior? Similarly, why is it that an entire community is punished and defined in the image of a few criminals, unknown to the community.

The failure to understand the causes of such behavior on the part of isolated individuals and groups would always lead us to behave in a manner that would further complicate the issue. Both, the Muslims and their critics need to evaluate their responses to incidents of terror when they occur.

Non-Muslims need to understand that Muslims are not a monolith group. Their diversity is self-evident in their divisions on social, ethnic, cultural, political and economic lines. They do not have a single leader. They are not represented by a single organization and no single group can claim to speak on their behalf. Often the differences among them are the manifestation of the power play of the opposing groups. They even have differences in their understanding of their scriptures on key issues. However, the general consensus among Muslims is that human life is sacred and it must be respected.If one acts contrary to the general belief then, it should be considered an isolated action and the entire community cannot be held accountable for that.

The Boston bombing explains this clearly. Two brothers acting in isolation acted arbitrarily on the basis of their understanding of their faith and history and committed what Muslims rightly describe a crime against humanity. Their action should be considered a deviation from the norm.

However, Muslims have to look at their own community critically and understand why do individuals commit these acts. The one issue that Muslims have often failed to handle effectively is the issue of dissent. How should they resolve the differences within them and with others. Despite the fact that the scriptures of Islam and the lifestyle and teaching of Prophet provide ample guidance to deal it effectively, Muslims have often responded to their differences in a tribal, feudal or conflicting manner. Dissent is generally frowned within the community. Critical questioning is discourage by many. Those who take an opposing view point are either ostracized or isolated or even declared non-Muslims. It is not uncommon to see Muslims refusing to pray behind fellow whom they differ in details. Rarely one finds a shia Imam leading prayers of sunnis and vice versa.

The use of this methodology where violence is justified against the opponent is a malice we have been living for centuries and it must be handled tactfully and directly by our generation of Muslims. The Quran is against violence. It describes war a reprehensible act. It invites people to peace and reminds the believers that the best way to resolve difference is not to act on the basis of the feelings of revenge or anger but on the basis of understanding others view point or forgiveness or responding wrong with right. It even quotes the prophet when he was asked to tell those who were opposed to his ideals:

O messenger tell your people “You may do whatever you choose; I will not interfere. On the other hand, do not interfere in my program. The results will soon show to whom success will eventually belong. Allah’s law is that wrong doers can never prosper.” (6:135) or

Remember! Deeds which create balance and harmony in society and in one’s own self, cannot be like the actions which create chaos. If disorder and chaos has affected society, the best way to get rid of these would be to do more constructive work. (This would offset the ill effects of their misdeeds and stop further deterioration. It would have one more advantage that) The severe enmity or hatred that has developed between yourself and the one who was responsible for creating disorder, would turn into close friendship.” (41:34)

The Quran suggests that dissent must be acknowledged and accepted. it is thus imperative that we address this issue effectively. Unfortunately, the community by and large ignores the scriptures when it comes to seeking guidance. it accepts the interpretation of individuals in defining God and his message. It is a common practice among Muslims to quote this scholar or that scholar in defining a verse of the Quran while ignoring the text. A great majority of Muslims lack a meaningful, direct connect with their scripture and the messenger, Prophet Muhammad. They rely on the understanding of the scholars of the divine guidance and the life of the messenger without attempting to directly relate to the Quran.

The Quran for them has become a book to seek the blessings and not guidance. Thus in crucial issues such as respecting human life, freedoms of expression, they tend to rely more on the opinions of those scholars who were influenced by their history, culture and politics. It seems that they have left the task of following the Quran to the Prophet, while they are satisfied with their loyalty to their scholars and parties.

It is, thus, imperative that we address this issue urgently reminding ourselves of the ultimate purpose of the divine guidance that in the words of the Quran is to create a disciplined, non-anarchic society where the interests and dignity of all are secured and guaranteed, where Muslims’ presence in communities the live with is a source of comfort and peace. This would happen when they assure them that they can live with each other peacefully without resorting to even a language of violence accepting the differences. Unless that happens, we should be prepared to suffer the consequences of violence for a long time.