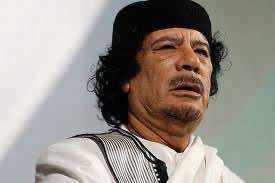 Oman has reassured Libya that members of killed dictator Moamer Kadhafi’s family who are staying in the sultanate will
not interfere in Libyan politics, Foreign Minister Mohammed Abdelaziz told AFP on Sunday.

“The Sultanate of Oman has accepted to treat them as political refugees and this is its right. What we are concerned about is that they carry out no political activities against the February 17 revolt” that ended with Kadhafi’s
killing in 2011, Abdelaziz said.

“We have received reassurances on several occasions from the Omanis that this (concern) will be respected.”

Abdelaziz said Kadhafi’s daughter Aisha, her sons, husband, and brother Mohammed as well as other relatives who had fled to Algeria during the uprising have been granted refuge in Oman.

In addition to Aisha and Mohammed, Kadhafi’s wife Safia and their son Hannibal sought refuge in Algeria after the fall of Tripoli in August 2011 to rebels battling the dictator’s forces. Kadhafi’s another son, Saadi, fled to Niger in September 2011.

Mutassim, Seif al-Arab and Khamis, three other sons of Kadhafi, were killed during the conflict in separate incidents.

The dictator’s most prominent son Seif al-Islam, who was once touted as a potential successor, was arrested in November 2011 and is awaiting trial.    Kadhafi himself was killed in his hometown of Sirte in October 2011.

Arab monarchies of the Gulf are known to offer political asylum as long as the refugee does not indulge in politics from their soil.