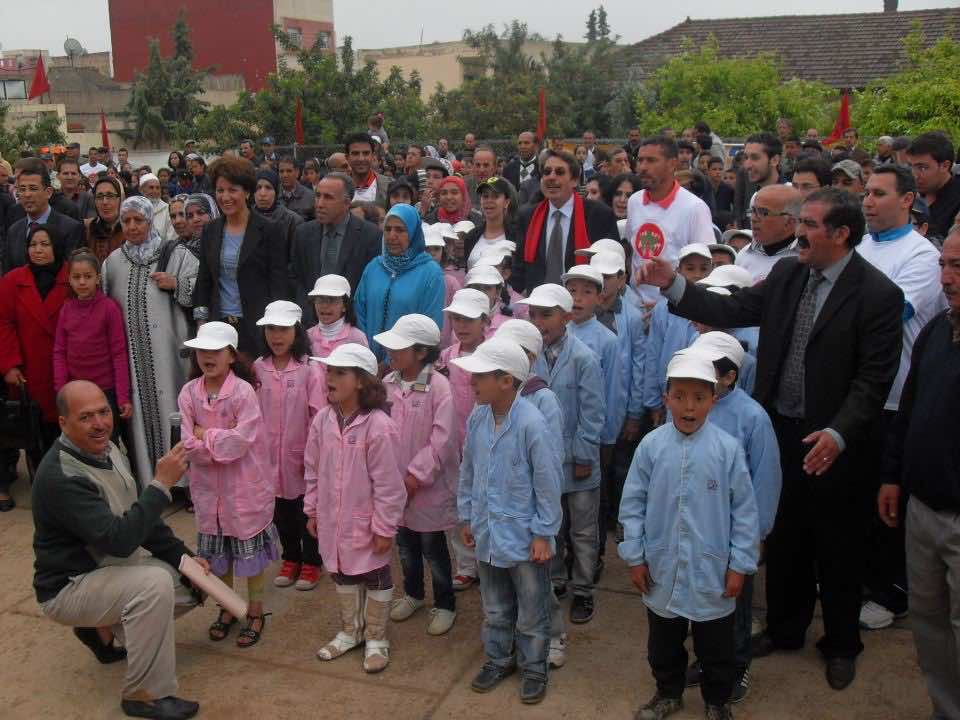 In collaboration with the delegation of the Ministry of National Education in Taza, Mustafa Lakhsem Foundation, and local associations in Tahla (an isolated town 60 km east of Fez), Association Maroc Solidaire organized Saturday, April 27, 2013 Operation Tahla; an initiative meant to break the stifling isolation of the town and contribute to the fight against school dropout which is very prevalent in the region. 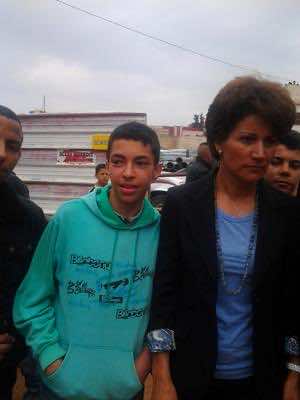 The event was attended by several international champions, such as the renowned hurdler and Olympic gold medalist Nezha Bidouane, the 12 times world champion in kickboxing Mustafa Lakhsem, Abdelkader Hachlaf, Jawad Waddouch and other popular football figures.

The program of the Operation Tahla initiative included a number of Awareness-raising activities. In their opening speeches, the headmaster of Molay Abdellah Chrif primary school, the Délégué of the Ministry of National Education, and the founder of the Association Maroc Solidaire Mr. Ayad Lemhouer stressed the importance of education in the development of any society and called on all stakeholders to work collaboratively to prevent the phenomenon of school dropout in the region.

After the opening ceremony, the participants headed in a carnival towards the municipal stadium with the participation of students of Tahla public and private schools, martial arts clubs in the town, Athletics Club of Tahla, Najm Tahla football team, etc. At 13:30 p.m. started the running competition under the auspices of Nezha Bidouane followed by three workshops on the art of painting, the environment, and dental health respectively.

The kickboxing world champion Mustafa Lakhsem gave an awareness-raising show against smoking and drug addiction to which the audience reacted with a torrent of questions.

The program of the day was concluded by the distribution of donations and aid in form of clothes, sport and school supplies, and other equipments provided by Association Maroc Solidaire for the students of Tahla.

This initiative was seen as an example of collective purposeful action and, thus, was highly hailed by the population of the town who repeatedly express their resentment and indignation at the marginalization the town wallows in for decades.