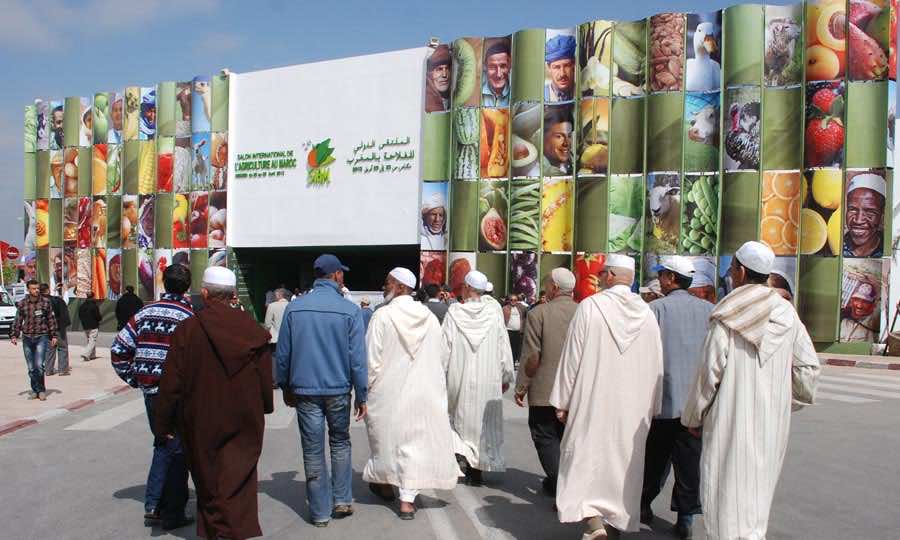 For the eighth year in a row, the central Moroccan city of Meknes hosted its annual agriculture event, attracting over 1,000 exhibitors from around the world.

This year’s International Agriculture Fair focused on food security and self-sufficiency, as many countries seek to reduce their dependence on imported foods.

Morocco has had its ‘Green Plan’ in place since 2008, which set out to develop the agriculture and food production sectors in the country.

Currently in Morocco, agriculture – some of it in the form of rudimentary and subsistence farming, and highly vulnerable to the vagaries of rainfall – employs about 40 percent of the workforce of over 11 million people.

Rabat said the sector has developed rapidly over the past few years, as the Green Plan has led to huge investment and an increase in the amount of cultivatable land.

The result has been a spike in output, with Morocco producing significantly more citrus fruit, cereals, wheat and olives than it did in 2008.
It’s an initiative that has not gone unnoticed by other countries who are hoping to follow Morocco’s example.

“What we seek today is to develop our agriculture to achieve food security and to be self-sufficient. It’s a political and social objective for our country. This is why we came here to Morocco, to be inspired by the Moroccan model which has already shown some very good results in the space of five years,” said Patrick Mba Bekoung, an exhibitor from Gabon, which imports 95 percent of its food.

Morocco’s ambitious Green Plan is set to run until 2018 at a cost of one billion Moroccan dirhams a year (an estimated US 117 million dollars).

But although the country has managed to achieve a high level of food security in recent years, some products, such as sugar, still need to be imported.

“Food security has been one of the main objectives for agriculture development schemes in Tunisia for decades. We managed to reach self-sufficiency in some products such as milk and some kinds of meat but we are still making efforts to attain this self-sufficiency in other products, such as wheat and some other products,” said Adel Labben from the Tunisian Agency for the Promotion of Investments in Agriculture.

Exhibitors from European countries attended the fair to exhibit the latest innovations in farming and food production.

Dynagri, a company specializing in potato and corn production, said modern technology could be used to adapt crops to grow successfully in a particular climate.

“The main objective for us is to provide some varieties with a high yield that can adapt to the climate in the Mediterranean region. We are aiming to reach self-sufficiency and improve the quality of the food while reducing the cost. Efficiency is based on productivity and also on marketing,” said the company’s manager, Lachen Abdane.