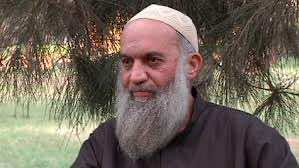 France is “playing with fire” in Mali, the brother of Al-Qaeda’s chief said in an interview published Monday, warning that Islamic fighters would retaliate in the African nation and “on French territory”.

France launched a military offensive in Mali in January to help the army push back Islamic extremists who had taken hold of the north, and has now begun a phased withdrawal of its 4,500-strong force.

“The reaction of jihadi fighters is likely to be strong, be it in Mali or on French territory.

“France kills our children, we must respond. We have neither bombs nor planes, but our resources allow us to take hostages to defend ourselves,” said the Egyptian Islamist.

“Will we, Muslims, come to Europe and attack you because we are opposed to secularism and Catholicism? You have no right to intervene in our beliefs.”

France’s military intervention in Mali saw French-led troops recapture key towns in northern Mali that had been occupied for months by Islamist groups linked to Al-Qaeda.

Ayman al-Zawahiri, who succeeded Osama bin Laden as Al-Qaeda chief in 2011, had already warned France at the beginning of April that it would meet in Mali “the same fate as America in Iraq and Afghanistan”.

Mohammed al-Zawahiri was sentenced to death in absentia in Egypt in 1998 on charges of undergoing military training in Albania and planning militant operations in Egypt.

He was arrested a year later in the United Arab Emirates and handed over to Egyptian authorities.

He was released along with other prisoners in 2011 after the fall of Egyptian leader Hosni Mubarak, only to be rearrested within 48 hours.

He was subsequently awarded a retrial and was acquitted in March 2012.