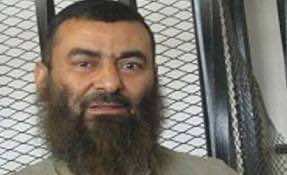 An Egyptian court acquitted Monday a Al-Gamaa Al-Islamiya party leader who had been sentenced to death in absentia after a foiled bid in 1995 to assassinate ex-president Hosni Mubarak, a judicial source said.

Mustafa Hamza was a military commander of the fundamentalist group — an organization outlawed under Mubarak — which had been implicated in deadly attacks in the 1990s alongside another jihadist group, notably the Luxor massacre which killed about 70 people, mainly tourists, in 1997.

An Egyptian court had sentenced him to death in absentia for his membership in the Gamaa, but on Monday the Giza criminal court acquitted him.

The Mubarak government had accused Hamza of masterminding a bid to assassinate the now ousted president during an official visit to Addis Ababa to attend an African summit.

Gunmen opened fire on Mubarak’s motorcade, but the former strongman’s bodyguards were quick to return fire and he escaped unscathed.

Hamza ended years on the run and returned to Egypt after the January 2011 popular uprising that toppled Mubarak and surrendered to the authorities in Cairo, where he also asked for a retrial.

The Gamaa, which renounced violence at the end of the 1990s, set up a political party — Building and Development — after Mubarak’s ouster.