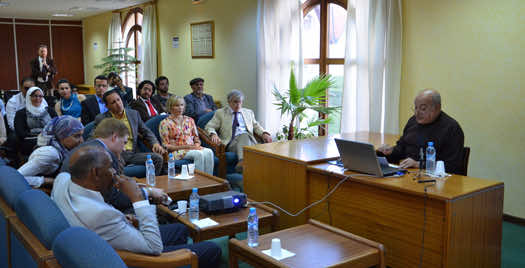 Mohammed VI Library and Writers Circle At Alakhawayn University in collaboration with the Arab Center for Scientific Research and Humane Studies in Rabat organized Authors at AUI lecture in April to shed light on how modernity, liberalism, Rule of Law and free market can better dissolve within today’s society.

Mohammed VI Library actively engages faculty and students through various outreach activities, information literacy workshops and trainings that are designed to enrich their learning, teaching and research experiences. The meeting shared between the two institutions offered an opportunity for the authors[1]and students to discuss pointed questions in regards to the changes taking place in the MENA region, to converse about problematic modernity and the extent of the involvement of Morocco, and to question the legal and economic strategies.

The MENA region is undergoing major transformations after the Arab spring. Indeed to realize positive gains from such transformations there must be careful analysis, comparative study, and informed public debate to deve­lop and spread humane and social-scientific knowledge in the region. The Arab Center aims as a new think tank established in Morocco to lead, share and contribu­te to the public debate and to provide new ideas and policy proposals for decision-ma­kers and researchers that draw from success­ful models and experiences from around the world.

Present at the talk were the Arab Center for scientific research and human studies team, Mohammed VI Library director and team,  Alkhawayn University Writers Circle group, American Moroccan legal empowerment network, and student and faculty at Alkhawayn University. They shared their knowledge and experience to give students an opportunity to engage in discussion about freedom which involves responsibility and freedom from arbitrary power, which is only possible under the rule of law and constrained by Constitutions that establish areas free from arbitrary majoritarian control. Constitutionally limited democratic states protect freedom, provide the rule of law, and enable peaceful co-existence among diverse communities. The Gathering at Mohammed VI library at Alakhwayn University showed the proper relationships among freedom, responsibility, democracy, and rule of law, no one of which can properly be understood without the others.

Rule of Law was a focal point in the meeting which is a great achievement and very important to maintain. In a rule of law system two main questions are important: what are the facts? And what is the law? Therefore; ethnicity, religion, political affiliation and social class are not important. Another reason that the rule of law is important has to do with predictability and certainty. When the law is predictable and certain, it can do a better job of guiding conduct. Law can protect rights and enhance individual’s autonomy. 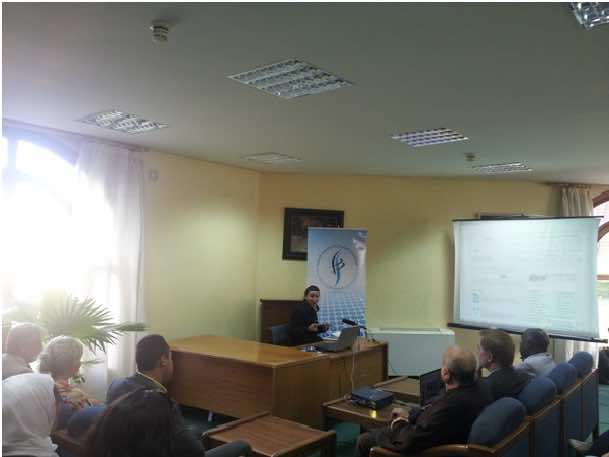 The predictability and certainty of the law creates a sphere of autonomy within which individuals can act without fear of government’s interference. What the world would be like if there were systematic and serious departures from the requirements of the rule of law? What if officials were immune from the law and could act as they pleased? What if the system of procedure were almost completely arbitrary, so that the results of legal proceedings were random or reflected the prejudices of judges? What if some classes of people were above the law? The World Bank’s “Governance Matters” measures rule of law against the extent to which there is confidence in and respect of a set of rules:

…perceptions of the extent to which agents have confidence in and abide by the rules of society, and in particular the quality of contract enforcement, property rights, the police, and the courts, as well as the likelihood of crime and violence”[2]

Developing a regional standard—one appropriate for all political and legal systems across the MENA region—might be seen as far too complex to attempt. Indeed, Rule of Law values of fairness, equality, and protection of the weak are inherent in our Islamic heritage and MENA traditions, and are not foreign or “exported.” Yet, over time, these values have been distorted and altered in way that has unfortunately lead to gaps between the ideal and the realities in most MENA countries. Therefore; the rule of law serves as a safeguard against tyranny, chaos, and injustice and it is very crucial today to reconstruct the rule of law in the MENA region and maintain it and international laws can fill the vacuum to enforce the rule of law in a given context in case domestic laws lack the appropriate values.[3]

Since the 1990 political reforms in Morocco emphasized the establishment of state based on rule of law in its effort to establish a stable and transparent legal institutions as a factor that goes hand in hand with economic, social and political development and engage Moroccans , in their home country and abroad. As a  recent example,  Morocco launched the intergovernmental Moroccan commission on National Dialogue on Constitutional Reforms in 2013  to open a new era of participatory rule of law in Morocco through emphasizing a national inclusive dialogue between civil society, policy makers, law & judiciary, legislators, politicians…

Having included young leaders from outside Morocco into this commission further exemplifies the importance of linking the human capital that Moroccans living abroad offer to Morocco. One example that comes to mind is the The American Moroccan legal empowerment network which  is committed to a progressive movement for legal empowerment, social and economic justice for the Moroccan American community and immigrants in general and works to enhance political and economic and legal rights of the Moroccans in the US but also, establish mechanisms and strategies with local partners to judicial reforms in Morocco.