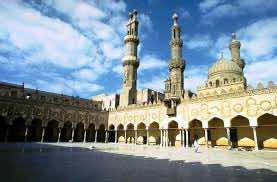 At least 161 students have been hit by food poisoning at Cairo’s prestigious Al-Azhar University, in the second such incident this month, prompting President Mohamed Morsi to call on Tuesday for an investigation.

The health ministry said the students had been hospitalised after eating tuna salad served on Monday at the university’s canteen.

Morsi called for an investigation by the ministries of health and education, the presidency said.

Earlier in April, 561 Al-Azhar students were hospitalised after eating contaminated food at the university’s dormitory.
That incident triggered student protests that lead to the university president being sacked.

Al-Azhar, has thousands of students in fields such as law, medicine and business and is also the Sunni Muslim world’s most prestigious theological centre.