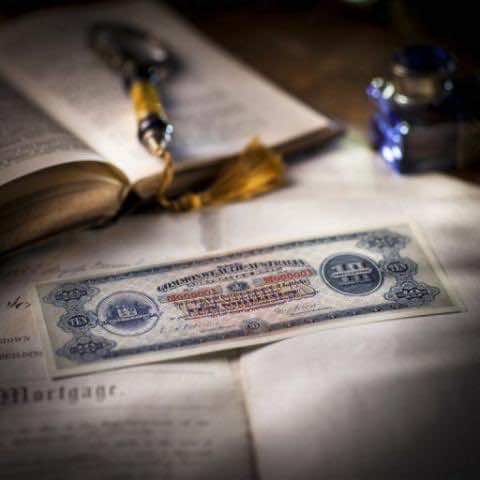 Australia’s first banknote, printed 100 years ago and found in a letter in England in 1999, has gone on sale for Aus$3.5 million (US$3.6 million), auctioneers said Wednesday.

The 10 shilling note, with the serial number M000001, was issued on May 1, 1913 and presented by Prime Minister Andrew Fisher to Judith Denman, the five-year-old daughter of the governor-general at the time, Lord Denman.

It was discovered in 1999, nearly 12 years after Denman died when her effects were being sorted out, and acquired by a private collector in Sydney for Aus$1 million in 2000.

Melbourne dealer Coinworks, which is handling the sale, said the note symbolised one of the most important periods in the country’s history — the establishment of the Commonwealth of Australia in 1901.

Coinworks chief executive Belinda Downie said that after consulting with experts, her expectation was that it would sell for at least Aus$3.5 million which would be the highest price paid for an Australian coin or banknote.

“It would be by far the highest price paid,” she told AFP, adding that private collectors and institutions were expected to show interest.

“I would love it to be on permanent display somewhere as it is a great piece of Australian history and everyone should savour it. It is unique,” she said.

The note was the initiative of the prime minister of the day, Fisher, and his Labor government who wanted post-colonial Australia to have a better sense of national identity.

Fisher’s other nation-building initiatives included the establishment of a government-owned bank, the Commonwealth Bank, the introduction of Commonwealth postage, and the founding of the capital Canberra.