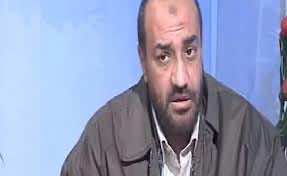 Egyptian police arrested an Islamist television show host on Wednesday after a court sentenced him to a year in prison for slandering an actress, a police official said.

Police stormed Abdullah Badr’s apartment early in the morning in the Nile Delta province of Sharqiya and took him into custody so he could start serving the sentence, the official said.

A court had convicted the fiery preacher and television show host for insulting actress Elham Shahin, who had sued him. It also fined him 20,000 pounds ($2,900/2,197 euros).

According to press reports, he had accused her of promiscuity.

The television station that hosted Badr’s show, Al-Hafez, airs religious programming and talk shows, and is one of a crop of Islamic broadcasters that have been accused of airing extremist thought.

Abu Islam Ahmed Abdullah, an owner of another Islamic television station, is facing trial for tearing apart a bible during an anti-American protest in Cairo.

Several journalists and media figures have been questioned or charged since Islamist President Mohamed Morsi won elections last June. Most have been critics of Morsi.

Under Egyptian law, private citizens can sue for defamation, even if they were not the subject, and possibly have the defendant jailed if a court takes up the complaint.