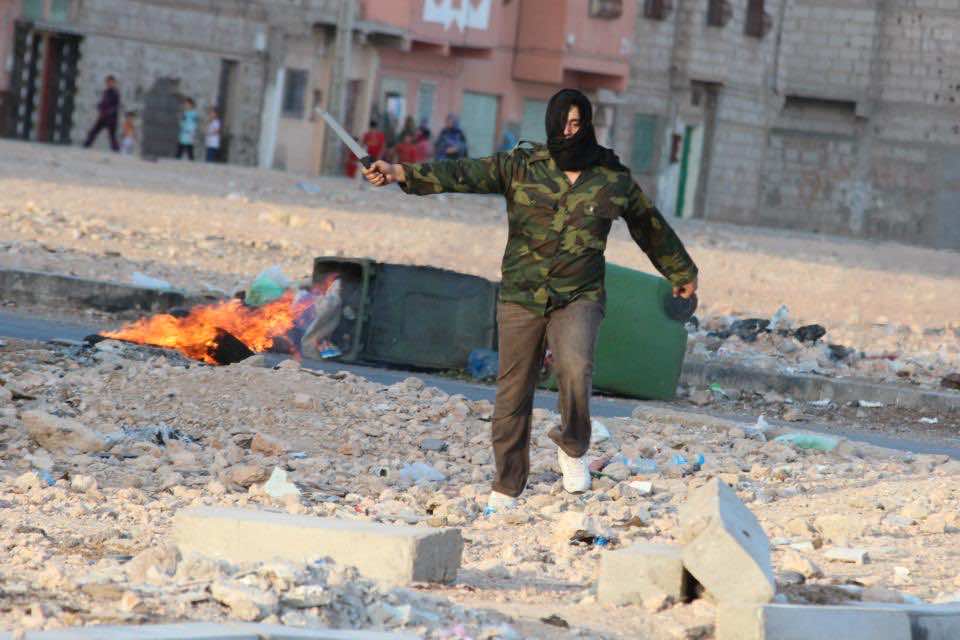 The last explosion of demonstrations in the cities of the Moroccan Sahara must push all the parties concerned with this issue to offer solutions to address the new trends of terror and the threats to public security in these provinces.

The Polisario do not want to let Moroccan authorities enjoy their recent diplomatic victory at the U.N. Thus they moved towards their usual strategy of mobilizing teenagers, children, women and marginalized groups in the Sahara to fulfill their agenda.

Throwing stones and bottles, burning wheels in the streets, and singing pro-Polisario slogans, all in an effort to provoke the police forces so as to film them and share those videos online to attract the sympathy of Human Right organizations, are some of the aspects of the new war declared by the Polisario and its allies, mainly Algeria.

Some sources informed us that demonstrators were given orders to provoke police forces and to subsequently film these authorities as they chase after them in the main streets and in public spaces, so as to show to the international public that they are victims of human rights abuses from the part of Moroccan authorities.

But, as the saying goes, you cannot keep fooling the people. Morocco’s security forces have understood the rules of the game—they patiently let the rioters chant and throw their stones as they in turn filmed them. They are now using the same weapons: the videos, the pictures and the media.