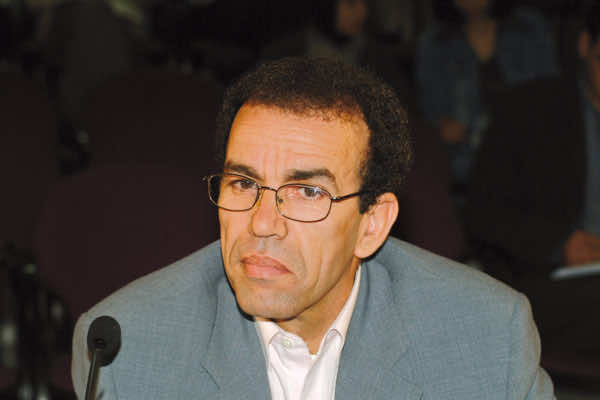 At first sight, some may wonder what Indian nationalist leader Mahatma Gandhi has to do with Ahmed Assid, an Amazigh activist, known for his acerbic criticism to Islam. Yet, since many fans of Assid deem him an intellectual who is worth listening to on Moroccan history matters and Islamists, I believe it would be a good idea to contrast him with Mahatma Ghandi, who has countless fans all over the world. The comparison will focus on their polarized attitudes towards the prophet Mohammed in particular and Islam in general.

Ahmed Assid has the inalienable right to respectfully castigate Salafists, as well as Muslim clerics, argue with them, debate important issues, and provoke them intellectually. Muslim scholars too have the right to respond to Assid in the same manner. Assid must be thanked for highlighting the weaknesses of Islamists and some of their misconceptions about Islam. But, what is not universally acceptable is mocking any of world’s religions. Regrettably, Assid does that indirectly by attacking Islamic teachings and the prophet’s statements. Attacking the prophet and his teachings is attacking Islam itself.

In a video, Ahmed Assid said that the message of prophet Mohamed is about terrorism and that Islamic education books in Morocco must be altered to best fit universal values. Soon after the video aired, Assid was harshly attacked on the grounds that he committed blasphemy. Instead of disproving Assid’s statements and debating the controversial issue he raised, many sheikhs went on to deliver sermons insulting this Amazigh activist and thinker.

Assid’s statements sparked much uproar nationally. In another video, as a response, Assid stated that Islamists misunderstood him and moved to dispel the quickly spreading interpretations of his previous statements. His response did not come up with any new ideas, in that Islam is a religion of peace and the prophet Mohammed carried a peaceful message to humanity.

In the second video, Assid stated that the prophet’s statements in the past were interpreted as peaceful in their historical context, whereas the same statements, if included in our sermons and textbooks at school, are very likely to be interpreted as promoting terrorism. So the solution for Assid, lies in eradicating sermons that mention martyrdom or the sword in the victorious stories of Islam and instead focusing only on the positive aspects, such as tolerance, peace, love, understanding, respect, freedom of faith and so forth.

If Ahmed Assid was as unbiased as some non-Muslim thinkers such as Mahatma Ghandi or Irish playwright George Bernard Shaw, he would have thought first about the statements of Mohammed that caused a fuss for Islamists and Assid. Then he would at least have more common sense to criticize Islamists. But since Assid mentioned the prophet himself, let us remind him of the unbiased Ghandi’s attitude towards Mohammed, may peace be upon him.

Mahatma Gandhi wrote this in “Young India” in 1924 : “I wanted to know the best of the life of one who holds today an undisputed sway over the hearts of millions of mankind…I became more than ever convinced that it was not the sword that won a place for Islam in those days in the scheme of life. It was the rigid simplicity, the utter self-effacement of the Prophet, the scrupulous regard for pledges, his intense devotion to his friends and followers, his intrepidity, his fearlessness, his absolute trust in God and in his own mission. These and not the sword carried everything before them and surmounted every obstacle. When I closed the second volume (of the Prophet’s biography), I was sorry there was not more for me to read of that great life.”

Without embracing Islam whatsoever, Mahatma uttered this statement from an unbiased perspective, whereas Ahmed Assid spoke ill of prophet Mohammed from his ideological perspective. In most of Assid’s writings, hatred of Islam and Muslims’ rites is enormously present. If he loved Islam, he would never criticize Islamists. Instead, he would rather advise them to follow the right path. If he loved Islam, he would instead serve as a model to show the Islamists who went astray the right way of being true Muslims. Instead he notes weaknesses of Islamists and indirectly tarnishes the image of Islam.

To prove that Ahmed Assid is biased regarding Islam issues, let us ask him to disprove Mahatma’s statement and that of other unbiased non-Muslim thinkers. If he did not mean what he said about the prophet’s message to the world as focusing on terrorism, he should say otherwise. We now hope he will say otherwise, like the unbiased Mahatma Ghandi.