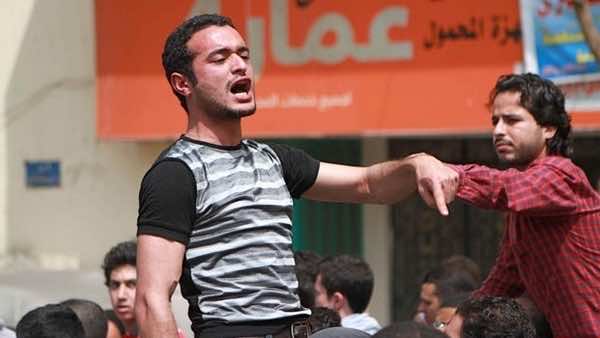 Prominent Egyptian activist Ahmed Douma was arrested and immediately referred to trial for allegedly insulting the country’s president in a TV interview, a prosecutor said Thursday.

Douma is to stand trial on Sunday – less than a week after being arrested. He is the first prominent opposition activist to be tried on charges of insulting Islamist President Mohammed Mursi.

There have been a myriad of complaints levied against journalists and TV personalities, including well-known satirist Bassem Youssef, for insulting Mursi.

“The crime of insulting the president is vague and undefined,” the Egyptian Organization of Human Rights, one of Egypt’s oldest such groups, said in a statement on Thursday. “Most criminal codes in the world have abolished such crime.”

In Egypt, such a crime is punishable by up to three years in prison. A teacher in southern Egypt was sentenced to six years in prison in September for insulting Islam’s prophet Muhammad and Mursi in comments posted on Facebook. A prominent TV presenter was acquitted on charges of insulting the president and spreading false information following an appeal.

Government prosecutor Mohammed el-Taneekhi said Douma was arrested Tuesday after a member of Mursi’s party, the Muslim Brotherhood, in Tanta complained that Douma had called Mursi a “killer” and a “criminal.”

In his comments, Douma, a prominent activist who was among those at the forefront of the 2011 uprising against longtime autocratic leader Hosni Mubarak, blamed Mursi for a violent security crackdown on protesters in the coastal city of Port Said that left 40 people dead. Douma, in his interview on Sada el-Balad private TV in February, also held Mursi responsible for an attack by Brotherhood members in December on a sit-in by anti-government protesters outside Mursi’s office.

“He is a president that is lacking legitimacy after the first blood was shed in the streets during his reign,” Douma said in the interview.

“He is ruling Egypt forcefully. … I don’t see a president ruling Egypt. I see someone called Mohammed Mursi, a criminal evading justice, who is hiding in the presidential palace,” Douma said, prompting a co-guest, a pro-Mursi lawmaker, to leave the studio in protest.

“There must be respect for state symbols,” lawmaker Leila Sami, said before leaving.

Douma, who is also a poet, has been a vocal critic of Mursi and his government since the president was elected last summer.

He was beaten up in March during a rally outside the Muslim Brotherhood’s office by the group’s guards for painting graffiti they deemed offensive. The incident prompted a major rally a few days later leading to the worst clashes between Mursi supporters and critics in months. Following these clashes, Douma was summoned for questioning on accusations of inciting violence, but he refused to turn himself in, questioning the legitimacy of the order by the prosecutor general. A court order recently annulled the presidential appointment of the chief prosecutor, a decision that he plans to appeal.

Douma also was imprisoned under the ousted regime of President Hosni Mubarak for criticizing the ex-president’s policies and for illegally traveling to the Gaza Strip and blogging from there during an Israeli offensive.

Rawda Ahmed, a lawyer for the Arab Network for Human Rights Information which is part of Douma’s defense team, said the activist was swiftly referred to trial before his lawyers had a chance to see the charges or find out where he was held. She said that instead of a customary bail, the prosecutors decided to keep Douma locked up until his trial “because he is causing them a big headache.”

Ahmed said such court cases have been increasing, and were in part encouraged when the presidency itself filed such complaints against at least four journalists. The human rights network said in a recent report that the number of court cases and complaints involving charges of insulting the president during Mursi’s 10 months in power is four times the number filed during Mubarak’s entire rule of nearly 30 years.

Deputy prosecutor general Hassan Yassin told The Associated Press the complaint against Douma had been filed and investigated for a while, and that only after he was custody on Tuesday, did the prosecutors send it to trial. He noted that the presidency has dropped all its complaints against journalists accused of insulting the president.

At least one journalist, however, face trial in a case filed by citizens accusing them of insulting the president and spreading false information. 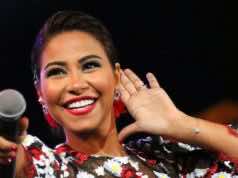