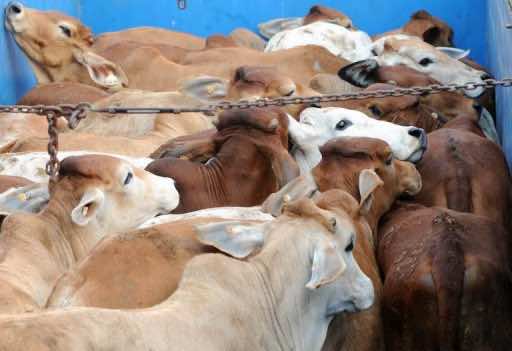 The Australian Livestock Exporters’ Council, the industry’s representative body, said it had urgently halted shipments to Egypt after Animals Australia presented it with footage showing “vicious, cruel and clumsy” practices.

“These acts are horrific. The outrageous cruelty has left me and my industry colleagues disgusted and horrified,” said ALEC chief Alison Penfold, who said she was “distraught”.

“No one in our industry, and no Australian, accepts such treatment of animals, and I believe the Egyptian authorities will not tolerate this.”

Australia’s agriculture department said it had also received a copy of the footage, which has not yet been made public, and had requested that the Egyptian authorities investigate.

“Obviously any animal cruelty is repulsive to all of us. It’s also repulsive to this industry… people who raise these animals don’t want to to see them treated in a cruel way,” Gillard told reporters.

“I am pleased to see that there’s been a voluntary suspension in (the) industry.”

It is not the first time such a suspension has occurred — all live cattle shipments to Egypt were halted between 2006 and 2010 after footage showing acts of cruelty and were only allowed to resume under strict new conditions.

Animals Australia said the latest video showed “brutal” treatment meted out at the only two abattoirs accredited under the tougher regime.

Deputy agriculture department secretary Phillip Glyde said it was “quite shocking” to see a recurrence of the issue.

“I was horrified. I don’t think anyone could condone the mistreatment of animals, let alone the cruelty that appears to have occurred in this footage,” Glyde told ABC Radio.

Activist group People for the Ethical Treatment of Animals (PETA) called on Australia to ban exports to Egypt late last year after a government-tasked committee recommended cows from the country have their ears chopped off.

The practice is aimed at ridding Australian livestock of hormone implants placed in their ears, despite assurances from the US Food and Drug Administration that eating meat from such cattle is safe.

Australia’s live export trade is worth about US$1 billion a year and employs thousands of people.

But it has been a sensitive issue in recent years due to cruelty scandals, the worst of which resulted in the suspension of shipments to major market Indonesia for a month in 2011 and the launch of a strict new licensing system