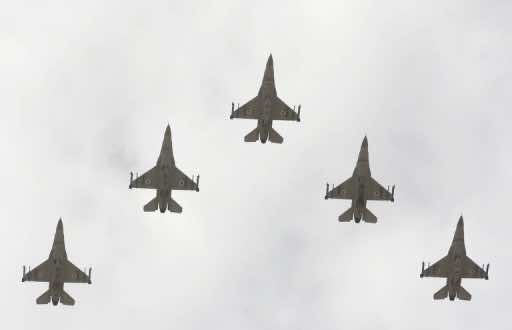 Israeli warplanes have targeted a Syrian weapons shipment headed for Hezbollah in Lebanon, media quoted US officials as saying Saturday, as Sunnis were fleeing a city for fear of a massacre.

The news came as US President Barack Obama, under mounting criticism that he has allowed Bashar al-Assad’s regime to cross his own declared “red line” on using chemical weapons, came close to ruling out deploying US troops to Syria.

But the United States does not believe Israeli warplanes entered Syrian airspace to carry out the strikes, it added. 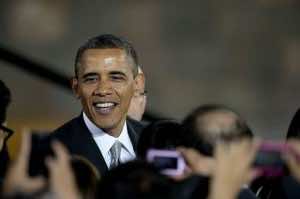 NBC cited US officials as saying it was believed the primary target was a weapons shipment headed for Hezbollah, the powerful Lebanese Shiite militant group closely allied to President Assad’s regime.

One of the officials said the strike was likely tied to delivery systems for chemical weapons, but CNN cited officials as saying there was no reason to believe Israel had struck chemical weapons storage facilities.

White House and Pentagon officials declined to comment and Israel was tightlipped on the reports.

An Israeli defence official stressed to AFP that the Jewish state “was following the situation in Syria and Lebanon, with an emphasis on transferring chemical weapons and special arms.”

If confirmed, this would mark the second time Israel has hit Syria this year.

Earlier this month, the Jewish state implicitly admitted carrying out a January air strike on a weapons convoy thought to be en route to Hezbollah.

In Syria, hundreds of families were fleeing Sunni districts of the city of Banias on Saturday, fearing new attacks after a “massacre” in a nearby Sunni village, the Syrian Observatory for Human Rights said.

The exodus comes after shelling on Sunni neighbourhoods of the city on Friday, and reports of a “large-scale massacre” in a Sunni village nearby on Thursday.

Video from Ras al-Nabaa shot by activists and distributed by the Observatory showed a pile of bloodied bodies lying in a street, a least one of them that of a child.

The exodus follows reports of a “massacre” of at least 50 people in the Sunni village of Bayda, south of Banias.

The Observatory, which relies on a network of sources on the ground, said the deaths were the result of summary executions and shelling.

The Banias region is a bastion of the Alawites, an offshoot of Shiite Islam and the sect to which Assad belongs, while the insurgents battling to topple his regime are mainly Sunni Muslims.

The opposition National Coalition denounced a “large-scale massacre” by regime forces on Thursday in Bayda, citing witness reports of civilians being stabbed to death.

“I fear that there could be a massacre like the one that happened yesterday in Bayda.”

The latest violence also took its toll on Good Friday and many Syrian Orthodox Christians did not expect churches to be full for the solemn prayers marking the crucifixion of Christ.

“I don’t dare to go to church tonight,” said Shaza, a mother in Damascus.

Speaking in San Jose, Costa Rica, Obama came close to ruling out deploying US troops to Syria, saying he did not foresee a scenario in which that would be beneficial to either country.

“As a general rule, I don’t rule things out as commander-in-chief because circumstances change and you want to make sure that I always have the full power of the United States at our disposal to meet American national security interests,” said Obama.

Speculation has mounted the Obama administration could reverse its opposition to arming the rebels after the White House said last week Assad had likely used chemical weapons on his people.

The US says the Syrian conflict, now in its third year, has killed more than 70,000 people.