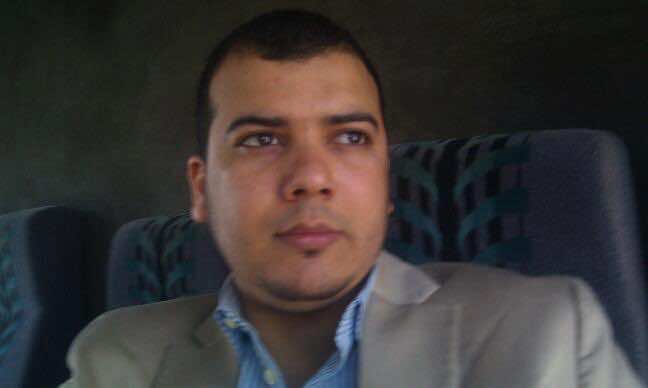 There are two types of second language (L2) classrooms: in the first type, language learning is approached as acquisition, in which a set of linguistic rules is to be learned and properly used. Usually framed by traditional grammar-based approaches, this type of classroom focuses more on linguistic form than on meaning and communicative competence. The second type of language classroom views second language learning as participation: a process in which the learner becomes “a member of a [speech] community that is engaged in various activity settings,” (Mantero 262). In this sociocultural approach, developing the learner’s communicative competence is usually the central objective, and thus, “pedagogical rules serve as an acquisition facilitator because they focus the learner on the critical aspects of communicating in a second language” (256).

One of the most critical aspects of communication used in such a classroom is the negotiation of meaning, which clearly has a positive impact on facilitating comprehension, and in turn, contributing to successful communication.  In fact, the primary reason why we use this type of social interaction is to achieve “intersubjecetivity”— that is to understand what an interlocutor means by a word, a phrase or an idea. Most SLA researchers and in turn, second language teachers, see the contribution of negotiation insofar as it facilitates comprehension of L2 input. While this paper confirms this fact, it explores how negotiation can be useful in the second language classroom beyond facilitating comprehension and filling communication gaps. Using evidence from SLA theoretical frameworks and empirical data, this paper demonstrates that negotiation of meaning can help students acquire vocabulary, develop their interlanguage capabilities, internalize L2 grammatical norms, and produce proper L2 output.

Negotiation of meaning is an inherent component of communication, but for second language classroom that views L2 learning as participation, it has a strategic significance. When learners are engaged in a communication activity, whether in a formal or an informal setting, with native or non-native speakers, they employ a set of prompts such as a “clarification request”, “confirmation checks,” as well as responses including repetition, simplification, and elaboration to achieve intersubjectivity. In simpler terms, they attempt to understand what the other words means through a word, a phrase, or an idea by asking questions such as “did you mean X?” and “what do you mean by X.”

This happens when students encounter a word or a phrase for the first time, or when a word may have multiple meanings or shades of meaning, and they are not sure which of the possible meanings the speaker intends to convey. Miguel Mantero further explains how meaning is distinctly developed in different communication contexts or what he calls “activity settings,” which he defines as “the focal unit of analysis that … provides a meaningful way to integrate culture, local contexts, and individual function” (257).

Mantero invokes Lacan’s theory of language, according to which, the relationship between Sausure’s “signifier” and “signified” is not static; rather, as the signifier may represent more than one signified, the relationship between the signifier and signified is determined by  interaction and communication. In Mantero’s terms, “meaning emerges through communication and discourse” (260) and thus, negotiation is almost indispensable for correct comprehension of L2 input.

Abundant research and studies have documented the contribution of negotiation of meaning to comprehension (Pica 490).  This is obviously reflected in the aforementioned socio-culturally based classrooms, where students are able understand the teacher and their peers and can get their message (i.e., meaning) across, though sometimes with great difficulty, after lengthy negotiations. It is important to ask, however, if comprehension has a direct impact on the SLA process. Now that students can understand input, does that help them acquire the target language better? Does comprehension of input, alone, help students mature their interlanguage capabilities, develop L2 lexicon, or internalize L2 structure?

Some SLA scholars, such as Stephen Krasken and his followers, have hypothesized that comprehension has a direct impact on L2 acquisition. Krashen distinguishes between “learning” and “acquisition.” The latter, argues Krashen, is a subconscious process that only requires understanding of L2 input meaning to internalize L2 form and structure, and later produces proper L2 output. All this occurs in the learner’s Language Acquisition Device (LAD), a faculty in the human mind that Chomsky had identified.

Krashen’s hypothesis, however, is very abstract and thus, has not been possible to document. How does the learner’s LAD access L2 form and structure through comprehensible input? Pica points out that Krashen himself hasn’t been consistent in his attempts to answer this question (507). Sometimes he asserts that learners compare their interlanguage with the native speaker’s linguistic information they notice in the input they receive.  This contradicts the main premise in his Monitor Model. In other words, acquisition is a totally subconscious process. In addition to the inconsistencies in Krashen’s hypothesis, there is no clear evidence that comprehension has a direct impact on L2 acquisition.

However, comprehension can indirectly assist with accessing the L2 form.  As we have established above, comprehension requires, among other factors (e.g., scaffolding), negotiation of meaning, which affords numerous opportunities for modification of input and manipulation of L2 form. I have pointed out that during negotiation the speaker has to modify output by segmenting the utterances, repositioning parts of the sentence, and repeating or rewording phrases. This provides the listener with opportunities to attentively perceive and process L2 meaning and form, lexicon and grammar.

Viewing negotiation as an “attention drawer” to L2 meaning and form, rather than just as a facilitator of comprehension, coincides with one of the most convincing explanations of how second language is acquired: Information Processing (IP). This psychology-based framework defines second language learning as the “acquisition of a complex cognitive skill,” which requires, in its initial stage, “Controlled Processing:” learners’ perception of and attention to input (Muriel Saville-Troike 78). According to IP, even if input is comprehensible, it may not be processed until the learner transforms it into “intake,” perceived and analyzed data. The importance of negotiation of meaning is that it affords the conditions for Controlled Processing.

In terms of lexicon acquisition, students need not only learn the meaning of words, but also how and when to use them, which cannot be achieved by looking up words in the dictionary because the attention necessary for appropriation of words is not available. Negotiation, in contrast, provides ample opportunities for such conditions. The following excerpt provides a real example of conversations, in which native speakers (NS) modify their output so non-native speaker (NN) understand meaning:

NS: and I have a garage on the side with three little black windows

NS: you know what a garage is?

In this excerpt, the native speaker recognizes that the learner knows what “little black windows” are but does not understand what a garage is. The native speaker, then, checks if the learner knows the word garage. Next, in what is called “foreigner talk” or simplified language, the native speaker defines it by describing its shape, explaining its function, and comparing it to a “little house,” a concept the learners is familiar with. During this short negotiation, the word “garage” is segmented from the rest of the sentence, repositioned, and repeated twice. Thus, the learner’s attention is drawn to the word “garage” in many ways, and this is what allows for comprehension, processing, and thus internalization of vocabulary.

The input modifications noted above do not only help the learners to decipher meaning; but they also make the L2 structural features salient. For example, the lexical category of “garage,” becomes perceivable as it occurs twice in the input, as a result of repetition and repositioning, both as an object of (have) and a subject of (is). “Garage” was also replaced by a pronoun multiple times while the speaker was defining and describing it.  Such a step makes its category as a noun more salient. Also, repositioning words reveals the syntactic possibilities that can occur in L2 to the learner while also helping to eliminate the negative transfer of linguistic norms from L1.

In addition to perceiving and attending to input, negotiation allows the learner to pay attention to their output, or their interlanguage. The learner may produce an utterance that the native speaker cannot understand because it is grammatically or syntactically incorrect. To explain what he or she means, the learner will have to use the same aforementioned modifications including repetition, segmenting, and repositioning output. In this process, which draws the learners’ attention to the types of errors they make, many of these errors result from negative transfer from L1, which makes up a significant component of learners’ interlanguage and sometimes interferes with meaning comprehension. For example, a native speaker of Arabic, for whom subject-verb patterns is (VSO) may produce a sentence in English with an SVO pattern such as “explained the teacher the lesson” to which the native speaker may respond by “you mean the teacher explained the lesson.” This type of response, referred to as “negative feedback,” (in this case an explicit correction), is a key component for successful L2 learning.

If L2 acquisition is an ongoing progress from the different levels of interlanguage (i.e., the intermediate states of L2 development) towards the ultimate native-like proficiency, then perception of and attention to one’s interlanguage, alongside attention to L2 input, is a necessary condition for such progress. As demonstrated throughout this paper, negotiation of meaning affords abundant opportunities for these conditions.

Finally, while this paper has shown the significant contribution of negotiation to second language learning, it does not claim it is sufficient for L2 learning. Negotiation, in fact, has its defects too: for example, it can only draw attention to the larger linguistic units; the smaller one, such as morphemes, cannot be segmented, repositioned or repeated, during communication, or at least, this wouldn’t help with comprehension which is the immediate purpose of negotiation. Therefore, comprehension, grammar instruction, scaffolding and other L2 teaching techniques and activities are necessary.

Adam Ziad working on his master’s degree in applied linguistics at Florida Atlantic University. He earned a Bachelor’s degree in Language Studies from the University of Nebraska at Omaha.