Morocco World News
Home Western Sahara Autonomy plan Assassination of a Polisario leader for his opposing political views on the... 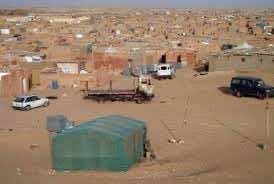 Anyone who opposes the mainstream political views of the Polisario leader Mohammed Abdelaziz Al-Morakchy, who has been in power since the early years of foundation of the separatist movement in 1973 and took hold of the Sahraouis in Tindouf camps since 1976, can expect a strong response. The last victim of the right to self-determination that the Polisario and Algeria claim to defend is Al-khalil Sayed Mhamed, who was a member of the National Secretariat of the Polisario, a former minister of education and former ambassador to Algeria. According to the Moroccan Arabic news outlet Hespress, Al-Khalil Sayed Mhalmed was allegedly assassinated due to his growing belief in the viability and feasibility of the autonomy plan suggested by Morocco as a permanent solution to the conflict that has lasted for three decades.

The assassination of the Polisario leader brought tension to the Tindouf camps, especially after the alleged involvement of the Algerian intelligence in the incident. The assassinated was known for his strong disagreement with Mohammed Abdelaziz’s wife Khadija Hamdi and some other leaders in the Polisario Front over many political matters related to the handling of the Sahara conflict.

The assassination came after Algerian intelligence allegedly discovered that the deceased was planning to go to Morocco after strongly rejecting how the Polisario handled the Sahara issue. The Polisario news agency reported that Al-khalil Sayed Mhamed passed away due to an acute heart attack that led finally to his death last Saturday, April 27.

The deceased was born on February 14, 1947 in a Sahara tribe called Aklibat El-Fula and was married and a father of 14 children. He has held many executive positions in the Polisario Front, most recently as Secretariat of the Branches. He was also a minister in charge of the so-called “occupied territory communities” before Algerian intelligence alledgedly ended his life for dissenting against the official position of the separatist front.